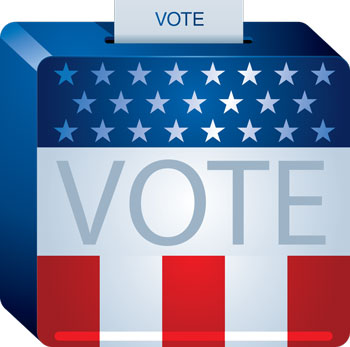 In 2008 voters across America shouted in great numbers, and they did so again in 2016 for entirely different reasons.

In 2019 across North Carolina and in Cumberland County, voters barely even whispered. So softly did the small number of voters speak that it was hard to tell there were elections at all. The few voters who made the effort, an embarrassing 3% in Cumberland County, will have an impact on all of us much larger than their pitiful numbers would indicate. Their choices are now everyone else’s choices, whether we agree or not.

Voters of 2008 and 2016 turned out in record numbers to vote for Barack Obama and Donald Trump, vastly different presidents for sure. As impactful as each of them has been, though, chances are their actions and decisions have had far less impact on our daily lives than the decisions made by local and state elected officials.

All presidents, including Obama and Trump, have testy relationships with Congress at times, and sometimes partisan bickering is so intense there are few relationships at all. We all watch and read about Washington shenanigans, but rarely do they affect our daily lives directly and clearly. No matter what happens with the Trump impeachment effort, most of our lives are going on routinely. Ditto the terror occurring in Syria, ongoing gun control initiatives, even who gets elected to Congress. All of that occurs far from us among people most of us are unlikely ever to meet.

Our local elected officials and state legislators, on the other hand, are people we may well know — or at least have an opportunity to reach if we choose to do so.

They are our neighbors, our fellow faith members whose children may go to school with our children and individuals whom we might encounter and chat with in the produce aisle. They are people who do make decisions that directly affect our families and us and impact our daily lives regularly.

Generally speaking, legislators adopt a state budget that pays teachers, oversees schools, funds roads and oversees highway planning, funds our courts and passes criminal laws, and provides for elections at all levels. Legislators create local governments and oversee some of their functions. They license and regulate various professions, including physicians, attorneys, realtors and all sorts of personal care services.

Municipal officials are also responsible for police, fire and other public safety services. They maintain city roads, provide water and sewer services, make zoning decisions that determine where we might want to live and work and often provide mass transit, like buses.

We Americans love our politics, especially a presidential race, but where the rubber hits the road is at home, not in Washington. D.C. No matter what Obama, Trump, or any other president is up to, it is more immediate and more important to us where our children go to school and how well that school is funded, whether our water is flowing and our sewer working, whether a strip club has been zoned next door and whether 911 will show up when we need them.
Neither Obama nor Trump — or even our member of congress — is making any of those decisions. Those decisions are being made by people from our community, people we have the opportunity to talk to and share our perspectives with. The 97% of eligible voters who chose not to participate in last week’s municipal contests should ponder why they abdicated their voting privilege and responsibility when municipal decisions play a significant role in all our lives.

Our communities are successful only if citizens participate, both by considering running for political office and by voting for those who do.

In 2019 across North Carolina and in Cumberland County, voters barely even whispered.