The rich stay rich and the poor stay poor 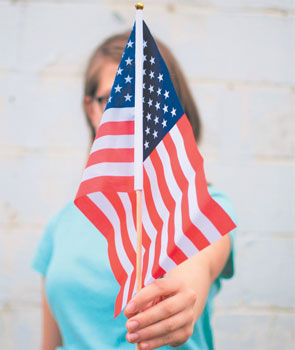 Politics are on everyone’s minds during intense campaign seasons like this one, and progressive Democrats like Elizabeth Warren, Bernie Sanders and Alexandria Ocasio Cortez — aka AOC — have a lot to say about wealth distribution and associated inequities. They fret publicly about the top 1% holding and securing most of the financial cards, tamping down the dearly held American Dream of upward mobility for those who work hard walk the straight and narrow.

Turns out, they are probably right.

Richard Reeves is a Brookings Institution researcher and author of the 2017 book, “Dream Hoarders: How the American Upper Middle Class Is Leaving Everyone Else in the Dust, Why That Is a Problem, and What to Do About It.”

Reeves defines the upper middle class as those earning the top 20% of income and addresses the growing gaps in family structure, neighborhoods, attitudes, educations and general lifestyles between that fortunate percentage and everyone else. His premise is that those at the top are increasingly effective at ensuring their status for their children, whether or not those offspring are as capable as their achiever parents. The result, Reeves says, is not just an economic gap but a fracture in our American culture.

Apparently, upward mobility has stagnated. Reeves and other researchers find that people born in 1940 had an overwhelming chance, 90%, to earn more than their parents. For people born in 1984, early millennials, the opportunity is 50-50, but with not much movement either way. In other words, millions of people are stuck in place.

What Reeves points out is not so much the difficulty of rising up as the difficulty of falling down by those already in the upper 20%. Says Reeves, “There’s a lot of talent being wasted because it’s not able to rise, but there’s also a lot of relatively untalented people who aren’t falling and end up occupying positions they shouldn’t.” Parents are passing their status on to their children, which economists call “stickiness.”

Reeves calls this phenomenon the “glass floor” and notes that upper-middle-class offspring are often employed by their parents or friends of their parents — think the Trump children — setting them up for permanent membership in the 20%. This entitlement system is aided and abetted by an elite higher education system that gives preference to already privileged students. A recent Duke University study found that children from the highest 1% income families are 77 times more like to attend Ivy League universities than the lowest 20% and that the class of 2022 at Harvard has more legacy students than African Americans. Reeves points out that this system of educational entitlement not only leaves talented low-income students behind, it elevates less talented students—more stickiness.

The terrifying aspect of entrenched entitlement is that through education, our tax system and other structural factors, we are stratifying our nation and permanently building in the toxic resentment that already permeates and poisons our politics and our culture. We are putting the American Dream on the endangered list.

The progressive left may not have all the answers, but it is asking the right questions.

Is the American Dream in danger? If so, what has changed?