GenX: So many questions, so few answers; a healthy skepticism abounds 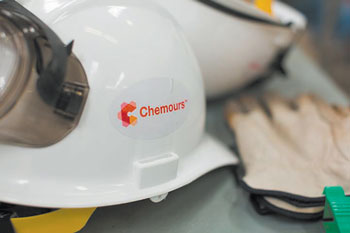 Last week our legislative delegation, along with some of the members of the New Hanover delegation, were invited to visit the Fayetteville Chemours plant to see what the plant is doing to abate the GenX contaminant that has severely affected our river, streams, air, soil, area wells and people’s health. GenX is a man-made chemical compound whose practical uses extend life in products we all use —from clothing to pots and pans. Its durability allows it to have myriad uses. But, its durability also makes it very difficult for Mother Nature to break down and restore it to its original state. It makes one wonder if we can coexist with these chemical compounds. This question is complicated by Chemours’ actions, despite significant pressure from our governor and legislature concerning the need to reduce, clean up and prevent these chemical compounds from entering our rivers, streams, groundwater, soil and air. To put it bluntly, we are still facing challenges in understanding the nature and degree of the harm GenX might do and how to protect our residents.

The good news is you have a committed local delegation determined to fix and abate the GenX situation we are facing. With that determination, we attended a meeting with Chemours Plant Manager Brian Long. The meeting began with Long answering some concerning GenX questions from the delegation. I cannot speak for everyone, but I was amazed at how little I knew regarding chemical compounds like GenX and the long-term challenges they pose. Initially, it appeared that Chemours had a genuine commitment to Cumberland County and North Carolina residents. But, like many citizens, I have become wary of excuses and delays and want action now.

The meeting got more interesting when Long introduced us to Chemours’s latest big investment, which we were surprised to learn was currently under construction. A brand-new $199 million thermal incinerator. That’s Chemours’ solution to the GenX problem. To infer this is a mammoth project does not come close to doing it justice. The site enhancements include an underground foundation and piping that extends 40 feet below the surface. However, what is on the surface is even more impressive. In simpler terms, it is a giant all-in-one furnace and washing machine. A thermal incinerator produces intense heat then scrubs the compound elements, after which additional heat is 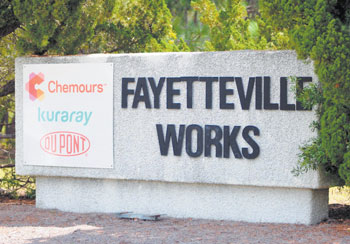 reapplied. This leads to the breakdown of GenX into its basic elements, which are then recycled back to nature, presumably here in our county. The plant is scheduled to be operational by December.

At first look, it appears Chemours has made a major commitment and investment into providing a solution to the ongoing GenX problem. I, like many others, am skeptical even though it does seem to be a better alternative than shipping and relocating 40,000 gallons of GenX-laced water to deep-water wells in Texas. Especially since deep-water wells pose their own set of issues, and I don’t particularly like dumping North Carolina problems onto another states.

Incinerating GenX chemical compounds appears to be a viable option going forward, and Chemours is betting the farm on this alternative means of disposal. The Chemours leadership also hopes the new incinerator will be profitable for Chemours. When it goes online in December, it will be operating at less than half its capacity. It has far more capacity than Chemours needs. This being the case, either Chemours intends to grow its production or invite other industries to use the facility to dispose of their toxic compounds. I immediately became curious as to what Chemours’ true motives are.

We want to trust Chemours. The company employs over 700 workers and pays reasonably good salaries. It has made a capital investment into technology that leadership believes will solve 99.9% of the GenX concerns. But, was this investment for our benefit — or was it to be a profit center for Chemours stockholders or a convenient dumping point for other contaminants for other industries?  After all, the new incinerator will only be operating at a 40% capacity, leaving availability for an additional 60% more compounds capable of being processed at the Fayetteville plant. This could mean more contaminants being shipped into North Carolina for disposal. And those imported contaminants will travel over our roads and through our communities and arrive at our ports as they work their way to their ultimate destination, the Fayetteville Works-Chemours plant.

Many questions need to be addressed and answered. Will North Carolina and our community be the final destination for the nation’s contaminants? Or, will Chemours’ new incinerator prove to be a successful, viable solution, creating high-paying jobs and greater economic opportunity for our region?  It is puzzling and somewhat concerning that Chemours’ $199 million commitment to build something of this magnitude could move forward without benefit of public hearings, if only to share its intentions and provide citizens and commissioners an opportunity for public input.

It begs the question: Has Chemours, under the pretext of solving the GenX problem, outwitted local and state officials and circumvented the checks and balances needed to safeguard the community? Chemours has now invited, or will be inviting, other chemical businesses to offload their chemical products to the local plant to be processed using the natural resources of our state. Sure, if all goes well and the processes are executed properly, then everything may be fine.

However, what if it doesn’t? What if there are accidents or spills along the way to the plant? Or at the plant? What if the technology doesn’t work as planned or becomes inoperable, breaks down and creates additional contamination of our air, rivers and soil?

Well, it doesn’t look like Chemours is going anywhere anytime soon. It is here to stay and in a major way. Is this because no other state wants them or because North Carolina has the fewest and most lax environmental laws in the country and too few inspectors to enforce laws or provide oversight of the permits we do have?

Lastly, the most important question yet to be answered is: What is Chemours going to do for all the North Carolinians who already have contaminated wells and soil in and around their homes, businesses and schools? Here is a modest proposal for Chemours that would go a long way in restoring their good faith and credibility to residents. Consider investing twice the sum it spent on the incinerator and its future by fixing wells and eliminating contamination, providing North Carolinians the confidence to drink and use their water without fear or risk to their health, the health of their children, livestock or the air they breathe. Cumberland County does not have countywide water and sewer. Chemours could assist the county in placing real infrastructure in our Grays Creek area. Simple filters under the sink will not make our people safe. We need real solutions. I hope that Chemours embraces these ideas, addresses the problems by restoring clean water sources to our communities and embracing the community they claim. It’s the right thing to do.

Picture 1: We are still facing challenges in understanding the nature and degree of the harm Chemours’s GenX might do and how to protect our residents. The good news is you have a committed local delegation determined to fix and abate the GenX situation we are facing.

Picture 2: We want to trust Chemours. The company employs over 700 workers and pays reasonably good salaries. It has made a capital investment into technology that leadership believes will solve 99.9% of the GenX concerns.