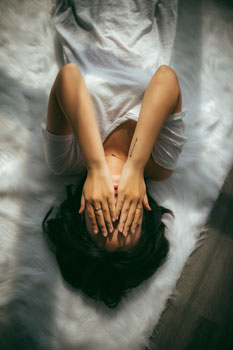 Since Hinton James hoofed it from New Hanover County to Chapel Hill in 1795 to become the first student at the first public university in our fledgling nation, the University of North Carolina has educated generations of North Carolinians. First came white, land-owning men like James from all across what was once an entirely rural state. Today, the 17-campus system, including Fayetteville State University, serves nearly a quarter of a million students, the majority — but not all — from North Carolina. The university system has been our state’s crown jewel and has shaped our progress since its founding.

All is not perfect, however, and the flagship institution, the University of North Carolina at Chapel Hill, has just had some of its dirty laundry aired on a national scale. The prestigious Association of American Universities has released a survey of nearly 200,000 students at 33 elite schools, which finds that more than a quarter of women students at UNC-CH for at least four years have experienced “nonconsensual sexual penetration,” otherwise known as rape. Most, but not all, victims were women, and the rates have risen from a similar study in 2015.

Yep, you read that correctly. Twenty-seven percent of students at UNC-CH reported that experience on the AAU survey and they are not alone. The numbers are consistent with those from Ivy League schools, including Harvard and Yale, although far above government statistics, probably because only a small percentage of university assaults are reported to law enforcement authorities. Such numbers, if true, would mean that rape occurs in Chapel Hill, New Haven, Cambridge and other bastions of academia at rates higher than in war-ravaged and otherwise traumatized nations. It seems fair to say that if this were happening in Fayetteville and Cumberland County or some other nonacademic community, residents would be up in arms.

The response from UNC-CH has been muted, with an understandable emphasis on education, prevention and overall awareness of what is acceptable and what is not. Part of what makes these numbers problematic, and the situation difficult to address, is that it is almost always a “he said, she said” circumstance. In addition, campus encounters often involve alcohol or some other mind-altering substance, a potent cocktail when mixed with raging youthful hormones. Low reporting occurs for all sorts of reasons, including embarrassment and not understanding what constitutes appropriate behavior or what to do about it, despite the rise of the #MeToo movement.

UNC-CH is responding to the AAU report with several measures: working with students, faculty, and staff to beef up prevention efforts; working on bystander intervention more frequently, promoting consent education so that “no” actually means “no”; and confronting and changing the culture of sexual harassment throughout the university community. These are reasonable responses to what in other settings would be a law enforcement emergency.

One cold, hard reality is that many of these situations involve serious criminal offenses, felonies for which many people have been imprisoned, even executed in years past. Another is that cases cannot be made, much less prosecuted, and convictions obtained if victims do not report, bystanders do not intervene, and people do not understand that a criminal offense has occurred.

We already know we have a serious problem with sexual harassment and abuse in our nation. The takeaway from the AAU survey is that the problem is even more pronounced on the campuses of our nation’s most elite colleges and universities, including the University of North Carolina at Chapel Hill.