Making progress in the fight against opioid addiction 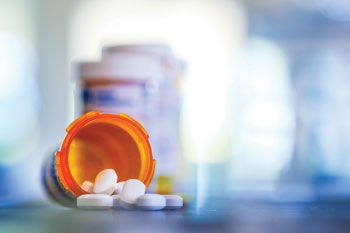 There are stories that stick with us, pictures seared into our minds and moments we’ll never forget. I’ll always remember a tragic video a local reporter took on Main Street in Salisbury of first responders treating a couple who overdosed on opioids. I’ll never forget hearing a local mother’s story about the death of her son who overdosed after doing drugs that were laced with fentanyl. And I still think about the soldiers and veterans who became addicted after being prescribed opioids for injuries sustained during combat or training.

At the end of the day, the opioid crisis truly knows no bounds. It does not discriminate based on age, race, religion, geography or income. We all know people in our community whose families have been ravaged by opioids or have lost a loved one to a drug overdose — maybe you’ve even personally experienced that pain.

For years, I’ve been deeply invested in this issue and continue to work to combat this crisis. As your congressman, I worked with my colleagues to get the Comprehensive Addiction and Recovery Act and the 21st Century Cures Act signed into law and to ensure North Carolina receives tens of millions of federal dollars to address the opioid crisis. These were important steps, and they were considered by leading national advocates at the time as “the critical response we need” to the opioid epidemic.

Last year, I authored three bipartisan pieces of legislation that focused on the safe and responsible packaging and disposal of unused opioids. My bill was called one of “the most important opioid bills,” and I was proud to see President Donald Trump sign it into law as part of H.R. 6, the SUPPORT for Patients and Communities Act. This is considered the most significant congressional effort against a single drug crisis in history, and this week marks the one-year anniversary.

As a member of the Energy and Commerce Committee — the main Congressional Committee working on opioids legislation — I worked with my colleagues on both sides of the aisle to learn about the opioid epidemic and what legislative solutions could be pursued.

Because of these efforts and those of our state government, local leaders and care providers, we’ve made progress. In 2018, the number of overdose deaths in North Carolina caused by opioids dropped – for the first time in five years. This is great news, but our work isn’t done.

To find a collection site near you, visit Hudson.House.gov or contact my office for more information at 704-786-1612.