N.C. Civil War History Center: The “Citizens have Spoken!!” No, not really! 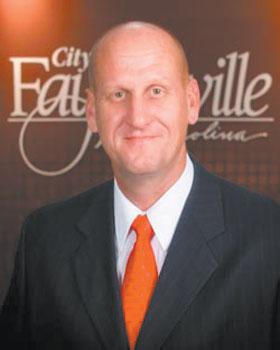 The “Citizens have Spoken!!  No Civil War museum!” That was the subject of an email sent to Fayetteville Mayor Mitch Colvin and state Rep. Elmer Floyd this past Saturday. Penned, of course,  by an anonymous source who didn’t want to man (or woman) up to the subject matter.

The message was anti-North Carolina Civil War & Reconstruction History Center and stated that the results of the Fayetteville elections Nov. 5 was a mandate against the project because most of the pro-Civil War History Center council members lost their seats, proving that the majority of Fayetteville citizens oppose and reject the project and want nothing to do with having this “toxic and controversial” project in our community. Mr. or Ms. Anonymous declared that “A clear statement has been made by the voters.”

I wish we knew the name of Anonymous so I could address the topic directly. Calling this statewide Civil War History Center an “expensive ridiculous Civil War project” only confirms the lack of knowledge and understanding this person has of its benefits and remarkable opportunities our community will have to improve the quality of life of all our citizens, increasing our prestige and notoriety throughout the state while increasing pride, education and understanding of generations of our North Carolina heritage. Not taking advantage of this once-in-a-lifetime opportunity by moving forward with the project will leave an indelible mark of ignorance and naivety on future generations residing in the Fayetteville/Cumberland County community.

There is no doubt in my mind that Anonymous, when asked, could not articulate how our community would benefit from this state-operated $60 million facility as it will create nearly 200 jobs and attract 160,000 visitors while generating $20 million a year in revenues for our community.  Would this not be a great asset to Fayetteville and Cumberland County? Not embracing this project is the kind of toxic thinking and leadership that stifles a progressive and growing community like ours. It demonstrates no wisdom, logic or vision — three things that will be missed when Ted Mohn exits his role as city councilman of District 8. 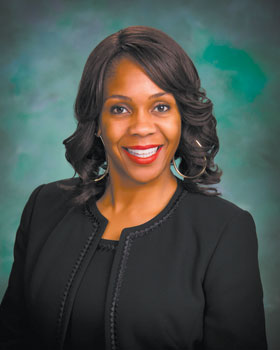 All the newly elected council members must waste no time getting orientated and up to date on current city business and basic issues or run the risk of being collectively blamed for every failure and misstep that takes place in the city during the next two years. From where I sit, only Chris Davis has dedicated the time and effort to prepare himself for the task at hand. With tens of millions of dollars at stake and several major issues currently confronting the Fayetteville community, there will be no do-overs.

This is why losing conscientious city representatives like Mohn will make moving the community forward even more difficult. Mohn’s honesty, his calm, consistent demeanor, common sense, logic, insights and remarkable vision have served as the stalwart of most important city decisions and actions. His response to this situation and the mayor’s upcoming Nov. 14 public hearing on the History Center is the near-perfect example of Mohn’s logic and vision. Within hours of receiving a copy of Anonymous’s email to Colvin and Floyd, Mohn sent a heartfelt recommendation to Colvin strongly suggesting that he cancel the Nov. 14 public hearing. Mohn felt the mayor would run a risk of damaging his credibility and reputation since knowledgeable sources on social media were already beginning to question the intent, timing and purpose of such a meeting since the 2020/2021 state budget allocating the $46 million to the museum project has not yet been approved. In addition, he warned a premature meeting would appear to be a blatant “appeasement public hearing” and not an actual or practical public hearing where all 10 City Council members were present and relative to the process since future discussions or decision-making authority concerning the city’s $7.5 million contribution to the museum was in the future city budget.

If the meeting is held, Mohn will be there, but it is senseless since the incoming council’s strategic planning retreat is in February. In addition, and equally important as planning, Mohn pointed out that councilmembers Johnny Dawkins and Bill Crisp will not be present that day. Dan Culliton of District 2 has already voluntarily vacated his position and Jim Arp is also on his way out. His points are all well made and beg the question: What would be the purpose of such a meeting?

Mohn genuinely cares about the city, Colvin and the perception of both. The optics of this are just not good. Mohn went on to suggest the public hearing be postponed until the new year — after the new council has been installed and the status of the $46 million and intentions of the North Carolina General Assembly are known.

There’s not much to disagree with here. This Civil War History Center project started over a decade ago. By who? People with vision. Community leaders. People who care about the future of Fayetteville and Cumberland County and preserving and improving our quality of life for generations to come. We agree with Mohn.

We also recognize that City Councilwoman Tisha Waddell of District 3 is having a community meeting Friday, Nov. 15, at Simon Temple AME Zion Church from 6-8:30 p.m. to discuss important city-related issues and to solicit unfiltered feedback on topics like the condition of city streets, the Civil War History Center, stormwater, sidewalks, safety etc. This is real leadership. This is real community involvement. This is real vision. This is looking into the future and demonstrating a responsible, sincere and heartfelt passion for constituents. We applaud and support her efforts and the efforts of those elected officials that share her values.

Doing the right things for the right reasons have never failed to have the right results. Thank you, Ted, for your service and wisdom. To Councilwoman Waddell, we say, “Go git em!” You are what this community needs. Let’s hope the newly elected city council shares the same vision.