Chasing the wind while missing the solution 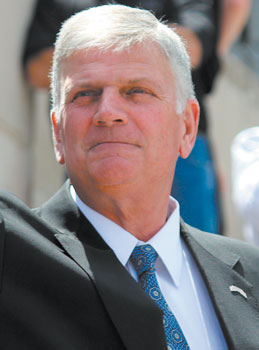 I am starting this column Thursday night, Oct. 17. This is the 12th day of 14 days of vacation in New Bern, North Carolina. My time is being spent staying in a house where the back porch overlooks an amazingly beautiful stream surrounded by trees and still green grass. This setting, and the far slower pace than is mine in Fayetteville, have allowed me, caused me, to focus more intently on God and all the good that comes to us by way of a relationship with Him through Jesus Christ.

In this peaceful atmosphere, it rang out more clearly than ever for me that we are chasing the wind while missing the solution. The Urban Dictionary defines chasing the wind as: “A task that is meaningless. Void of purpose or virtue. A circular path, leading to no particular destination.”

Looking at that stream, and all that surrounds it, has been a daily reminder that our only hope for correcting the course of our troubled, hate-filled country is being committed to, and guided by, the ways of God. For me, that view is a reminder of God’s power as creator and of all that he offers us because of his love for us.

The bottom line is that all of us will have our moral bearing shaped by what we are exposed to. There are only two providers of experiences — God and the world. What the world exposes us to, and calls us to, is counter to the will and way of God. Our situation in America is that the world is winning. In great part, the world is winning because it does not play fair and has control of most of the assets that allow for power and influence over people.

Here is an example of what I mean: As part of my research for writing this column, I read 10 articles that appeared in The Fayetteville Observer regarding Rev. Franklin Graham’s “Decision America Tar Heel State Tour″ that started with a stop at Fayetteville’s Festival Park Oct. 1. Of the 10 articles I read, seven included some claim that Graham was carrying on a political effort in support of President Donald Trump. In my estimation, this charge was made as something he should not do and that it was abhorrent.

In “Evangelist Franklin Graham talks about tour, Trump, gay people,” by Michael Futch, Graham said, “I want to go from the coast to the mountains telling people how to have hope. And people are searching for hope today. Our country is such a mess. All the hatred. The lies that are told. People have just lost hope. In our political system, people have lost hope in the future. They just are looking for answers. There’s no one who can solve a person’s problems, individual, or solve the problems of this country collectively. Only God can do that. Jesus can solve problems and needs in a person’s life. So that when this life is finished, we can be in heaven for eternity. We’re going to the coast all the way to the mountains.”

Then this from an Observer editorial titled, “Our View: If past is a guide, politics will weave its way into Graham’s ‘Decision’ tour”: “But if Tuesday’s event is anything like Graham’s 50-state ‘Decision America’ tour, it will be a scarcely-veiled political nod to Donald Trump’s reelection and conservative candidates for the 2020 election. Just as he did in 2016, Graham plays down the political angle even though he remains a strong supporter of Trump, as he was in 2016.”
For me, focusing on and trying to prevent Graham from addressing political matters is a way of keeping people from being influenced in their political thinking by religious beliefs and values. The same strategy is employed in addressing societal issues. Yes, Graham speaks out in opposition to acceptance of the homosexual lifestyle. His position is consistent with Scripture, but the world’s view is that this behavior is acceptable. Consequently, Graham, and those who share his belief, are protested against and ridiculed by the world.

The question to be answered honestly is has America come to a point where people of faith will not be allowed to have the beliefs and values of their faith guide them in day-to-day decision-making across the length and breadth of who they are as human beings? The world’s answer is a resounding “Yes.” And because of that, we are chasing the wind while missing the solution ... a relationship with God.

Tuesday night, Oct. 15, I watched all of the Democratic presidential debate. As I sat there listening to the back-and-forth regarding various issues, I was not surprised that nothing of substance by way of solutions came out. It was just circular talking and arguing ... chasing the wind. That was especially the case when the topic of mass shootings was addressed. There was the age-old call for stricter gun control. Mental health might have been mentioned in passing.

However, nobody on that stage mentioned how the source for the formation of moral standards has shifted from relationship with God and teachings of Scripture to the ways of the world. Those ways of the world are antithetical to all that God calls us to by way of a moral code. The world’s code has a way of allowing people to think that the conduct, so harmful to some, is acceptable.

I mentioned Democrats in that preceding paragraph, but be assured, wind-chasing is rampant in America. It is, by no means, limited to Democrats.

Not only do purveyors of this worldly code of conduct verbally attack proponents of God’s way, they do not hesitate to pursue punitive policies. A prime example of this is reflected in a widely reported recent incident. Senator Thom Tillis, R-N.C., speaks to it in an opinion piece published Oct. 18. Here are a couple of paragraphs from that piece: “Last week, presidential candidate Beto O’Rourke went on national television and called for eliminating the tax-exempt status for any church or religious institution in America that does not recognize same-sex marriage. O’Rourke’s proposal was met by cheers and thunderous applause from the audience.

“... While some other Democratic presidential candidates are claiming they do not support eliminating the tax-exempt status for religious institutions, we have been here before. We have seen the pattern of fringe, far-left proposals gaining traction over time. Many of these fringe proposals are now mainstream Democratic Party positions.”

Tillis sees what is happening in regard to challenges to religious liberty. Thankfully, Attorney General William Barr sees it, too, and understands that we are chasing the wind and why that is the case. On Oct. 11, Barr delivered remarks to the law school and the de Nicola Center for Ethics and Culture at the University of Notre Dame. The following is from his prepared remarks that are available at https://www.justice.gov/opa/speech/attorney-general-william-p-barr-delivers-remarks-law-school-and-de-nicola-center-ethics (combined for space): “This is really what was meant by ‘self-government.’ It did not mean primarily the mechanics by which we select a representative legislative body. It referred to the capacity of each individual to restrain and govern themselves.  But what was the source of this internal controlling power? In a free republic, those restraints could not be handed down from above by philosopher kings. Instead, social order must flow up from the people themselves — freely obeying the dictates of inwardly-possessed and commonly-shared moral values. And to control willful human beings, with an infinite capacity to rationalize, those moral values must rest on authority independent of men’s will — they must flow from a transcendent Supreme Being.”

Later, Barr says: “On the one hand, we have seen the steady erosion of our traditional Judeo-Christian moral system and a comprehensive effort to drive it from the public square. On the other hand, we see the growing ascendancy of secularism and the doctrine of moral relativism. By any honest assessment, the consequences of this moral upheaval have been grim. Virtually every measure of social pathology continues to gain ground.”

Simply put, I join with Tillis and Barr in contending that religious liberty is under tremendous attack in America, and further, with Barr, that there is a serious turning from God that is proving destructive in America. We are chasing the wind while missing the solution — God.