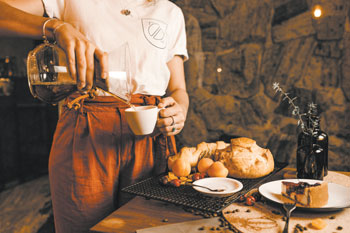 Once upon a time in a land far away, a 20-year-old college student waited tables for the summer at a tony private club on a New England island. The six-person wait staff was all college students, including three from North Carolina, among them the Tar Heel girl who won the flip among the wait staff to see who would service Uncle Walter Cronkite and his wife lunch. Deploying her Southern accent, much enhanced for the summer, our college student once received a $50 tip for hamburgers for two from a visiting New Yorker apparently charmed by the Southerness of the belle.

That young waitperson was I, and that tip — far more in today’s dollars — instantly brought home to me both the importance of tipping in the service industry and the inherent unfairness of that system. It turned me into a routine tipper, even for mediocre service, and sometimes a big one. Tipping is what puts food on the table, clothes on the children, pays the utility bills of your servers of all sorts — wait staff, cabbies, hotel housekeepers and the like — because their employers do not pay them a living wage.

Not all countries treat service providers the way the United States does, but overhauling our gratuity system would be a colossal task with massive opposition from all sorts of service industries, including restaurants and hotels. Prior efforts to move to a no-tip system have failed, and restaurants that automatically add tips to bills risk significant consumer blowback once they recover from the added 20% sticker shock. Tipping remains a cruel and capricious system, dependent on the whims of service consumers, but it is what we have. It is instructive to look at our system in all its ugliness.

New York Times writer David Brooks took a recent look at our gratuity system, referencing the perceived pros — tipping rewards excellence, and the cons — it discriminates based on gender, age, race, even appearance. Brooks relies on research by Michael Lynn, a Cornell University business professor, who finds that quality of service does not have much to do with the size of the tip.

Research finds the same sorts of bias in tipping as in other areas of American life. Young, blond women servers get bigger tips than brunettes. One survey found that Uber drivers get 12% higher tips from men passengers if the driver is a young woman. African-American and Latino servers can expect smaller tips across the board. Servers in upscale restaurants can make a good living from tips, surely because their customers have more disposable income, while people who work in the back of the house do not. Servers in more downscale establishments can expect to struggle more financially. In short, tipping has much more to do with the tipper than the server.

Brooks said he cheers on efforts to reform our gratuity-dependent system but is not holding his breath. In the meantime, he has several suggestions aimed at taking bias and capriciousness of the system.“Tip 20% when the meal is over $25 and 30% when it is under.

“To combat implicit bias when tipping drivers and others, commit to a percentage for all rides and stick to it.

“Understand that the advantages you enjoy are products of both your individual effort and privileges you didn’t earn. Tip accordingly.”

I never waited tables for pay again after my New England summer job, but the lessons I learned at that fancy-dancy club remain with me. Brooks’ last bullet sums them up perfectly. Our tip-for-service model does not reward excellence. It can even punish it and the hard-working people who practice it.