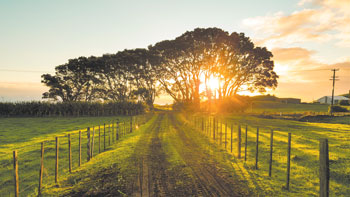 The North Carolina of my childhood was a state of small towns, places where people made their own fun and visited with neighbors at home and in other nearby places. As we end the second decade of the 21st century, that is no longer the case in North Carolina — or most other states. All across the nation, cities are booming with flush economies, educated populations and social and culture amenities earlier generations of North Carolinians could hardly imagine. Rural areas are losing population as young people move to cities for opportunities on all levels.

As with most issues, the numbers tell the story. Recent population data reveals that 15 North Carolina counties grew by 10% or more between 2010 and 2018. Unsurprisingly, these include Brunswick at an astounding 27%, Mecklenburg and Wake at 18%, Johnston at 17%, Durham and Harnett at 15%, New Hanover and Currituck at 14%, Hoke at 13%, and Moore at 12%. The 43 population losing counties include our neighbors Bladen and Robeson (-2%), Sampson and Scotland (-1%), and Columbus (-2.6%) with the most dramatic loses coming in sparsely populated counties in the northeastern part of the state east of I-95. It is clear that North Carolina’s growing areas are either urban or bedroom communities of urban areas, and the shrinking areas are clearly rural.

Cumberland County is an outlier in these numbers, an urban county that grew at an unimpressive pace of 1.4%, while our bedroom neighbors, Hoke, Moore, and to some extent Harnett, dramatically outpaced us. Pet theories abound as to the causes of Cumberland’s seeming stagnation — a disappointing outcome of BRAC 2005, a lower tax base and lower educational levels than other urban areas, the quality of political and civic leaders and many others. The reasons are likely all these and more.

None of this is new. It has been building around the country for decades, with variations state by state. In the Midwest, rural troubles have a lot to do with the industrialization and mechanization of farming, along with government policies that support those changes. That is true in North Carolina as well, but here, the collapse of manufacturing around 2001 posed a significant hit. Rural counties highly affected had not fully recovered when the Great Recession struck in 2007, and in many of our rural areas, it lingers today. The frustrating reality is that as population declines, so does the tax base, which affects schools and other human services. Young folks do seek opportunities elsewhere, leaving older, less educated and less productive people behind to fend for themselves.

All across North Carolina and our nation, communities are working to reinvent themselves as arts, recreational or some other specialized community. In some cases, urban residents are moving to less populated areas to fulfill career dreams, to find closer community relationships, to feel safer than in urban situations. Communities are learning there is no one way to reinvent themselves and that it is different for every community based on location, history and the will and drive of residents to change and prosper.

Cumberland faces special challenges as an urban area not growing the way most of North Carolina’s other metro areas are. As with rural areas losing residents, answers will come not from the outside, not from the federal government, not from private benefactors, not even Santa Claus. Answers, whatever they may be, will come from within. They will come from local governments ceasing to pit themselves again each other, from businesses and individuals willing to give back to this community with their time — running for public office, serving on local boards that pay only in goodwill and good works, and reaching out to others less fortunate not only during the holidays but all year long. Answers will come from citizens also willing to give of their treasure to local nonprofits, schools, and institutions constantly shortchanged in challenged communities.
Waiting for the cavalry is futile. The only rescue for us is us.