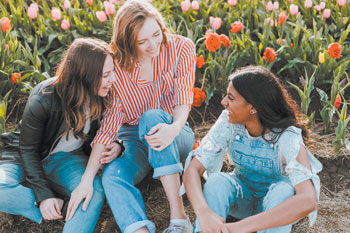 Words and language, specifically English, have been important to me all my life. My mother was a grammatical stickler, and the Precious Jewels stick me with that label as well. English, with all its peculiarities, is a rich language with about 170,000 words — more than any other language, though most of us use only 20,000 to 30,000 of them regularly. It is considered a difficult language for non-English speakers to learn.

Like most languages, English evolves. Chances are that if our most celebrated playwright and acknowledged master of English, William Shakespeare, appeared to speak to us today, we probably would not understand his English of four centuries ago — nor he our modern parlance. Shakespeare would almost certainly not get our most recent words, expressions or acronyms.

The dictionary company, Merriam-Webster, adds new words every year, and based on its additions since 2010, Caroline Bologna writing for Huff Post has listed 20 “words” that helped define the decade we just left, 2010-2019. Here are some of them.

A decade ago, we might not have known what each other were saying but now we all know that “hashtag” refers to the pound symbol, #, used in connection with various social and political movements and the social medium, Twitter. We also know “FOMO” means fear of missing out, a form of anxiety in the age of social media. “Self-care” means not just taking care of one’s physical and mental health but pampering and indulging oneself as well. “Athleisure” references cozy and comfortable clothing, like yoga pants, worn outside the gym in all sorts of circumstances, something my mother could never have imagined and to which I plead “totally guilty.” “Bingeable” refers not to midnight snacks but to streamed television or other-screened programming watched for hours on end — of which your columnist is also totally guilty.

I had to look up this one, but a “flexitarian” is a person eating a more plant-based diet by reducing animal protein without eliminating it altogether. To “Stan” was also a new term for me, and it refers to being an aggressive, even obsessive, fan of some celebrity or another and is short for “stalker fan.” It derives from an Eminem song dealing with that topic. I still grapple with the meaning of “meme” — is it an idea or a visual symbol or both? Maybe Merriam-Webster can set me straight.

Finally, I love the notion of “glamping”— glamorous camping — and look forward to trying it in our new decade. I am working on taking “selfies” but am not as interested in them as in glamping. And, truth be told, at my age, I have had just about as much “mansplaining” —male condescension in the workplace and personal relationships — as I can stand.

Merriam-Webster also documents the most searched word each year, and with a 313% uptick in searches, 2019’s most sought after word definition was for the humble pronoun “they.” Apparently, many of us are trying to figure out how to use that word when referring to people of undetermined, unknown, fluid or otherwise undescribed gender. Also in the highly searched category were “quid pro quo,” “impeach,” “egregious” and “crawdad” for obvious reasons — Donald Trump and a bestselling novel.

In 2120, English speakers may no longer know the meaning of FOMO or mansplaining, just as we no longer understand words Shakespeare used often — amain (at full speed), corse (corpse) or peradventure (chance). English was in Shakespeare’s day and remains today a language with great flexibility and resilience and one which finds a way to describe our world as it changes.

Welcome to the 2020s, whatever they may bring!