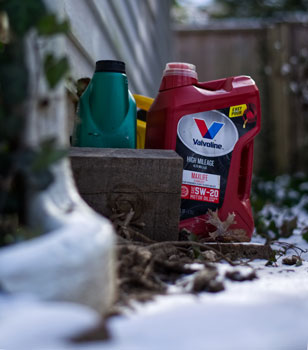 Walt Brinker, 1966 West Point graduate, retired US Army infantry lieutenant colonel and Vietnam War veteran, retired civilian project manager, instructor at FTCC, and Eastover resident, has provided well over 2,000 free-of-charge roadside assists as a hobby. With experience from these assists he wrote a book, “Roadside Survival: Low-Tech Solutions to Automobile Breakdowns” for the everyday motorist. He also set up a website, “roadsidesurvival.com”, to help individuals, driver education teachers, and law enforcement. This vignette captures one of his many assists, along with lessons.

The Toyota Highlander was stopped on the Interstate highway shoulder. The right front tire was flat. Its occupants were roasting on the hot summer day. “Joseph” from Cameroon, the driver and father of the family, told me that he couldn’t get to his spare tire because the vehicle’s rear hatchback, which covered access to lower the spare, wouldn’t open. So I jacked up his vehicle, removed the flat tire wheel, wrapped it in an old sheet and put it in my car. Joseph and I took it to a Walmart for repair — all it needed was a valve stem.

While we were there, I pointed out a portable 12-volt jumper battery and compressor, which could come in handy. He was not interested. Tire repaired, we returned to his vehicle, where I remounted the wheel. His 8-year old twin daughters, coached and rehearsed while Joseph and I were gone, performed a really cute, lively thank you dance for me. Very nice!

Before I departed I suggested Joseph visit the nearby Toyota dealer to fix the latch on his rear door; he declined, saying he was in a hurry. His wife remarked acidly, “We might as well not have a spare tire.” I decided to leave before their fight. After taking the next exit and returning toward the Toyota, I noticed that it had not moved. I circled back and again stopped.

Evidently, while Joseph and I were away, the family had used the sound system, running down the vehicle’s battery. So I gave him a jump start. I then gently reminded him about that portable jumper battery we had seen, suggesting he might want to reconsider. He smiled and said, “No,I don’t think so”, before thanking me and driving away.

1. Don’t drive without a spare tire, especially in hot or cold weather, with one’s family. Not having access to the spare is the same as driving without it.
2. If you know of a problem that restricts performance of basics such as changing a tire, get it fixed before a trip. As the saying goes, “The good Lord helps those who help themselves.”
3. Consider keeping a 12-volt portable jumper battery and a 12-volt air compressor in your vehicle. Note: portable batteries require periodic recharging after each use or monthly, at least, otherwise they will underperform. Total loss of charge will end the battery’s effective life.