Are you a mindful investor? 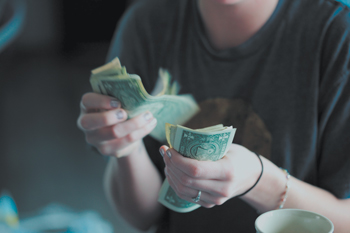 Recently, we’ve seen an increased interest in mindfulness, although the concept itself is thousands of years old. Essentially, being mindful means you are living very much in the present, highly conscious of your thoughts and feelings. However, being mindful doesn’t mean acting on those thoughts and feelings — it’s just the opposite. With mindfulness, your decision-making is based on cognitive skills and a rational perspective, rather than emotions. As such, mindfulness can be quite valuable as you make investment decisions.

Two of the most common emotions or tendencies associated with investing are fear and greed. Let’s see how they can affect investors’ behavior.

• When investors are fearful … Investors’ biggest fear is losing money. So, how did many of them respond during the steep market decline from late 2007 through early 2009? They began selling off their stocks and stock-based mutual funds and fled for “safer” investments, such as Treasury bills and certificates of deposit. But mindful investors witnessed the same situation and saw something else: a great buying opportunity. By looking past the fear of losing money, they recognized the chance to buy quality investments at bargain prices. And they were rewarded for their patience, long-term perspective and refusal to let fear govern their decisions, because 10 years after the market bottomed out in March 2009 (as measured by the Dow Jones Industrial Average), it had risen about 300%.

• When investors are greedy … We only have to go back a few years before the 2007-09 bear market to see a classic example of greed in the investment world. From 1995 to early 2000, investors chased after almost any company that had “dot com” in its name, even companies with no business plans, no assets and, in some cases, no products. Yet, the rising stock prices of these companies led more and more investors to buy shares in them, causing a greed-driven vicious circle — more demand led to higher prices, which led to more demand. But the bubble burst in March 2000, and by October 2002, the technology-dominated Nasdaq stock index had fallen more than 75%. And since some of these companies not only lost value, but went out of business, many investors never recouped their investments.

To avoid the dangers of fear and greed, take these steps:

• Know your investments. Make sure you understand what you’re investing in. Know the fundamentals, such as the quality of the product or service, the skill of the management team, the state of the industry, whether the stock is priced fairly or overvalued, and so on. The better informed you are, the less likely you’ll be to chase after “hot” investments or to bail out on good ones.

• Keep investing. Ups and downs are a normal feature of the investment landscape. By continuing to invest over time, rather than stopping and starting, you can reduce the effects of volatility on your portfolio.
It’s not always easy to be a mindful investor and to avoid letting emotions drive your decisions – but it’s well worth the effort.