Sunshine on a cloudy day 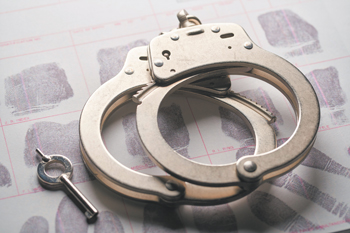 Donald Trump ignited one of his now expected and frequent firestorms last week by pardoning or commuting the sentences of 11 mostly celebrity felons, some of whose crimes shocked the nation when they occurred.  Most stunning, at least to this writer, was the commutation handed to former Illinois Governor Rod Blagojevich, a Democrat. Blagojevich went to federal prison for proposing to sell former Senator Barack Obama’s US Senate seat when Obama was elected president, an effort graphically and profanely caught on tape. Blagojevich and Trump knew each other from the former governor’s stint on Trump’s reality show, “The Celebrity Apprentice,” and share an obvious fondness for poufy hairdos.

Another lucky recipient of Trump’s forgiveness was former Fayetteville police officer Bernard Kerik, who once served as New York City’s police commissioner and was considered for U.S. Secretary of Homeland Security.  He also worked as Rudy Giuliani’s chauffeur and bodyguard. Kerik was serving time for tax fraud among other charges when Trump swooped in to spring from the federal pokey. Plucking Blagojevich and Kerik out of their convictions indicates that Trump is untroubled by public corruption.
Trump’s use of his magic pen in these and other surprising moments of presidential forgiveness pleases some Americans, notably those who benefit from it, and horrifies and outrages others.  It also continues Trump’s relentless and unprecedented drive toward authoritarian leadership unmatched by any other American President.  Not even Richard Nixon attempted to change our fundamental balance of power so aggressively.

Perhaps most importantly, if inadvertently, Trump’s pardons and commutations spotlight our nation’s enormous and deeply troubled criminal justice system. Our nation incarcerates more people than any other country in the world, at this moment approximately two million people, most of whom languish in state prison systems.  Roughly thirty-six thousand people are in North Carolina prisons, another nineteen thousand in local N.C. jails, and another eleven thousand in federal facilities in our state.

One reason for our state and national mass incarceration is a sentencing system that piles on sentences for various offenses, often non-violent ones. This stems from “tough on crime” efforts in the 1970s.  A person convicted of multiple offenses at one time or over time stands to spend years in prison, although the laws may subsequently be changed.  In addition, our parole systems are often ineffective with parole officers too overburdened to make contact with parolees.  In addition, a minor parole violation — a missed court date, perhaps — can trigger long-term re-imprisonment.  North Carolina currently has about twelve thousand people on parole and a whopping eighty-one thousand on probation.

Conversations are ongoing in North Carolina and in other states, as well, about the need for bail reform.  Many people arrested for low-level criminal offenses, and some serious felonies, are unable to come up with resources to meet bail set by the court and find themselves waiting behind bars for months and sometimes years for their cases to be resolved.  People with similar charges but more resources do not face the same situation, which means the bail system is inherently discriminatory.
Trump’s seemingly random use of his magic get-out-of-jail-free pen garners headlines and creates much consternation, but it affects only a handful of the millions incarcerated in our nation.  That we lead the world in this sad statistic is deeply troubling.  The United States and North Carolina are overdue for a criminal justice system makeover both to reduce the staggering costs of incarceration and the human toll it takes on those in the system, their families and the people who work within the struggling system.