The curse of Silent Sam 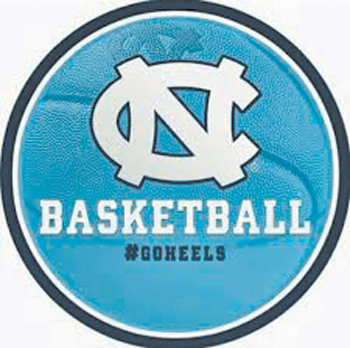 Trigger warning. If you are easily offended by anything, kindly skip this column and go directly to the cross word puzzle. Today will have something everyone can find offensive. Let me count the ways of those who will find this stain on world lit objectionable — fans of Silent Sam, enemies of Silent Sam, feminists, Dook fan and, most importantly, UNC Tar Heel basketball fans. If you fit into any of these categories, this column is not for you. It is my position that the Ol’ Roy and the Tar Heels’ Terrible, Horrible, No Good and Very Bad Season is a direct result of the curse of Silent Sam. Allow me to retort.

Unless you have been living under a rock, and admittedly many Tar Heel basketball fans wish they were living under a rock, UNC’s round ball team is having less than its usual stellar season. I attribute this to the events of Aug. 20, 2018, when a mob tore down the statue of Silent Sam on McCorkle Place at UNC. Already the folks that tore down the statue are offended because I called them a mob. Don’t say I didn’t warn you. Sam bit the dust and the troubles began in earnest.

A bit of history of Sam. Sam was erected on the campus of UNC in 1913 by the Daughters of the Confederacy as a monument to UNC students who fought in the Civil War. At the dedication of Sam, Julian Carr gave a speech that included “One hundred yards from where we stand, less than 90 days perhaps after my return from Appomattox, I horse-whipped a Negro wench until her skirts hung in shreds, because on the streets of this quiet village she had publicly insulted and maligned a Southern lady…” If this statement doesn’t offend you, may God have mercy upon your soul, because I don’t.

Sam more or less stood around for the next 100 years. Like the Sphinx, he don’t say nothing. When I arrived on campus in 1970, as part of the official new student campus orientation tour, we were told he was called Silent Sam because when a virgin walked by he would fire his rifle. He never fired his rifle. We all laughed because this was way before the #MeToo movement. Herein, feminists are invited to be offended. So Sam’s name comes from a stupid joke. People who appreciate good jokes are herein invited to be offended.

Toward the end of the 2010, protests about Sam gathered steam. The University managed to spend almost $400,000 protecting Sam from attack and vandalism in the 2017-2018 school year. Fun fact — in-state undergraduate tuition and fees for that academic year at UNC was about $9,000. Forty-three students could have received full scholarships to UNC for the cost of protecting Sam that year. Drums kept getting louder, and eventually, a mob pulled down Sam. Having worked as a lawyer for 40+ years, I do not believe in vigilante justice. The offense that Sam gave as a symbol of the Confederacy and slavery is understandable. The remedy the mob took in tearing him down is not. The legal system is supposed to deal with issues, not street violence.

Having said that, the rule of law took a mighty strange turn after Sam went into storage in a “secure undisclosed location,” possibly with Dick Cheney. The UNC Board of Governors, ironically abbreviated as BOG, followed Dean Wormer’s advice and made a double secret deal with the Sons of the Confederacy. The BOG agreed to a settlement with the SOC to give them Sam and pay them $2.5 million dollars to give Sam a new home. Fun fact — that $2.5 million would have funded 277 in-state scholarships. As a spineless sweetner, the BOG paid the SOC $74,999 as a bribe not to come on the UNC campuses to demonstrate for five years. Apparently the BOG forgot Congressman C.C. Pinckey’s famous 1797 statement “Millions for defense but not one cent for tribute.” Upon seeing the light of day, the BOG’s double secret settlement was roundly criticized and ultimately set aside by the same judge who originally approved it. Fifty-two thousand dollars of the $2.5 million was paid to the SOC’s attorney, and the SOC gets to keep the $74,999 in tribute to leave UNC alone. That $127,000 is gone with the wind, along with the 14 in-state scholarships it could have funded.

So what does this have to do with the Tar Heels’ basketball team? Sam has put a curse on the team. Sports curses are real. The Boston Red Sox sold Babe Ruth to the Yankees in 1918 and didn’t win another World Series for 84 years. The Chicago Cubs evicted Murphy the Goat from game four of the World Series, which led to a 108-year absence from winning the World Series. The Heels have lost a series of heart breakers due to last-second miracle shots by their opponents. It’s the curse of Silent Sam expanding the goal for our opponents to the size of a hula hoop and shrinking UNC’s goal to the size of pin heads. Nothing else can explain what has happened in our winter of discontent.

What is the remedy? Bring in the three witches from “Macbeth” to lay on an anti curse? Send Sam and the members of the spineless BOG on a long cruise on the good ship Corona Princess? Melt Sam down into commemorative coins and give half to the Sam protestors and half to the Sons of the Confederacy to sell to raise money for their respective causes? Pay the Dook refs more than Dook pays them?

Some problems don’t have answers. But this losing of incredibly close games by the Tar Heels has just naturally got to stop. Mob rule versus double secret Spineless Board of Governors rule? Choose your poison. Forget it, Jake. It’s Chinatown.