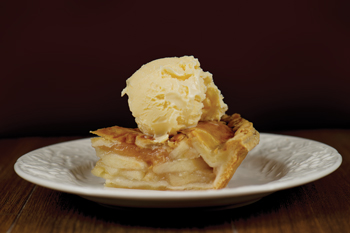 We have come to a point in America where the overwhelming majority of politicians will say whatever they conclude will get them elected. The responsibility for this condition is not limited to politicians. Much of the blame rests with citizens.

A Google search for malleable yields this definition: “(of a metal or other material) able to be hammered or pressed permanently out of shape without breaking or cracking.” That is a reasonable characterization of the vast majority of American politicians. There are some exceptions, but they are few and far between. A prime example of how this malleable condition plays out with American politicians shows through in Mike Bloomberg’s response to outrage regarding his support for stop-and-frisk during his three terms as mayor of New York (2002-2013).

A Google search for “Stop-and-Frisk New York” gives this information: “‘Stop, question and frisk’ is an NYPD policy wherein police will detain and question pedestrians, and potentially search them, if they have a ‘reasonable suspicion’ that the pedestrian in question ‘committed, is committing, or is about to commit a felony or a Penal Law misdemeanor.’” This policy was substantially employed by New York police during the time that Rudy Giuliani was mayor of the city (1994-2001). Crime in the city had started a very noticeable decline, beginning in 1991. The decline escalated during the Giuliani era. In great part, he credited stop-and-frisk for that decline. There are those who adamantly disagree with Giuliani’s assessment.

Giuliani was mayor throughout most of the 1990s and the following is from an article titled, “What Reduced Crime in New York City”, on the National Bureau of Economic Research website:

During the 1990s, crime rates in New York City dropped dramatically, even more than in the United States as a whole. Violent crime declined by more than 56 percent in the City, compared to about 28 percent in the nation as whole. Property crimes tumbled by about 65 percent, but fell only 26 percent nationally.

Bloomberg followed Giuliani as mayor and continued the policy over the course of his 12 years. Crime rates kept falling. However, many more stops were made on an annual basis than had been the case under Giuliani. This from an article titled “Stop and frisk gets renewed attention in Bloomberg candidacy’” by Regina Garcia Cano and Jennifer Peltz, appearing February 16, 2020:

The New York Police Department began increasing its emphasis on stop and frisk in the mid-1990s, when Republican Rudy Giuliani was mayor. But stops soared under Bloomberg – who held office as a Republican and later an independent — rising from about 97,000 stops in 2002 to a high of about 685,000 in 2011. There were fewer than 13,500 stops last year, according to NYPD data.

Over 80% of the people stopped during the surge of stop and frisk were black or Latino.

The surge in stops under Bloomberg, and the continued high percentage of those stopped being black or Latino, generated strong opposition to the program. Recognizing the depth of opposition, when Bloomberg was moving toward announcing his run for the presidency, he started apologizing for his support of stop-and-frisk. His first stop was a predominately African American mega church in Brooklyn, New York. This from an article by Devan Cole and Cristina Alesci titled “‘I was wrong’: Bloomberg sorry for ‘Stop and Frisk’ in about-face apology ahead of potential presidential bid”:

“Now hindsight is 20/20. But as crime continued to come down as we reduced stops and as it continued to come down during the next administration to its credit, I now see that we could and should have acted sooner. And acted faster to cut the stops. I wish we had. And I’m sorry that we didn’t,” Bloomberg said.

“But I can’t change history, however today I want you to know that I realize back then I was wrong and I’m sorry.”

In the months since his apology before that congregation, Bloomberg has repeatedly apologized in several settings. The fact of life is that, to be elected president, any Democrat will need to substantially win the black vote in the primaries and general election. Given the impact of stop-and-frisk on blacks, Bloomberg needs to separate from his 12 year full-throated support of the program. That full-throated support shows through in a recently released recording of Bloomberg talking about the why and how of it. This from an article by Julia Musto titled “Trump: Bloomberg’s ‘stop and frisk’ policy sparked a ‘revolution’ in NYC, Giuliani was a ‘far better’ mayor”:

“Ninety-five percent of murders- murderers and murder victims fit one M.O. You can just take a description, Xerox it, and pass it out to all the cops,” he said. “They are male, minorities, 16-25. That’s true in New York, that’s true in virtually every city (inaudible). And that’s where the real crime is. You’ve got to get the guns out of the hands of people that are getting killed.”

Bloomberg also said urban crime-fighting required cities to “spend the money” and “put a lot of cops in the streets,” particularly in “minority neighborhoods,” where he said the crime is. He also acknowledged the “unintended consequences” of the policy.

“So one of the unintended consequences is people say, ‘Oh my God, you are arresting kids for marijuana that are all minorities.’ Yes, that’s true. Why? Because we put all the cops in minority neighborhoods,” Bloomberg is heard saying on the recording. “Yes, that’s true. Why do we do it? Because that’s where all the crime is. And the way you get the guns out of the kids’ hands is to throw them up against the wall and frisk them... And then they start... ‘Oh I don’t want to get caught.’ So they don’t bring the gun. They still have a gun, but they leave it at home.”

I would contend that the quote above reflects Bloomberg’s strongly held position regarding stop-and-frisk. However, now that he is running for president, he proves malleable and does what the vast majority of politicians do; abandons a strongly held position even when there is a reasonable argument for the position that is being abandoned. Without doubt, the way Bloomberg said what is reported above is inflammatory, offensive, and deserving of a bunch of other negative labels. However, there is some sense to be made of his core points.

Let the record be clear: I cannot think of a scenario where I would vote for Bloomberg for any office…definitely not for president of this country. The challenge is to put that aside and honestly consider the facts of what he says: Crime is highest in minority neighborhoods; police should be more concentrated in high crime areas; male minorities commit crimes at an alarming rate; crime in New York did decrease substantially with stop-and-frisk in place; the possibility of unintended consequences should not automatically prevent taking an action.

Faced with an election-threatening public response, most politicians do what Bloomberg is doing regarding stop-and-frisk. They give in to the public will; no matter that there is substance and reason in the politician’s position regarding an issue. The public’s contribution to this response from politicians is that, in general, Americans no longer deal well with hearing and processing any truth that does not fit with their desires or personal self-interest. That’s why we have deficits and debt out of control, a Social Security System going broke, a health care system in shambles, illegal immigration flourishing, a Congress that is impotent…and that is just for starters.

We better find a lot more politicians with common sense and a backbone; while we, at the same time, find what it takes to deal with uncomfortable truth.