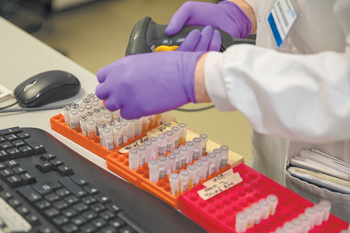 Coronavirus 2019, coming from Wuhan, China,  is the latest incarnation of the war between viruses and humanity. Viruses and bacteria have existed for Millenia, viruses being robotic molecules and bacteria being live one-cell creatures; both want to inhabit, multiply and damage or kill the human body. It is a drama worthy of zombie movies.

However, it has been a struggle and a learning curve.

As of this writing, 63 people have died in the United States from COVID 19, whose source is the SARS (Severe Acute Respiratory Syndrome) COV-2 virus, under research in the Wuhan Virology Lab of China. Identified city clusters are Seattle, Washington; Santa Clara, California; and New Rochelle, New York.

Over 3,600 are now infected. The vulnerable are the over-age-60 group with underlying lung or organ disease and the immuno-compromised.

Yet, compare that to 2009 with the Swine flu (H1N1) where the protected were the over-age-60 group and the vulnerable were the children and young people. In the course of one year, 60 million cases and 12,000+ deaths occurred in the U.S.

Even more dramatic, compare that to 1918 with the Spanish Flu, also an H1N1 viral type. That was a devastating time. World War I was in full force. More American soldiers died from that influenza (58,000+) than perished in battle (52,000+). Deaths occurred in training camps or while serving in Europe or on their return home. Vintage war photos show nurses wearing cloth masks or gas masks while caring for the ill. Stateside, Americans could die within 24 hours of symptom onset. That such mortality was high in healthy young people of ages 20-40 was unique to this disease. Pharmaceutical measures were absent 100 years ago; simple advice was followed.

Open air was considered the healthier tactic than staying indoors; teachers held classes in front of bleacher-sitting students and religious services were held on church steps or gardens. Of course, parades and public crowds were canceled.

Globally, 33 million people died by month nine; an estimated 100 million died by month 18. Five hundred million were ultimately infected. That was one-third of the world population at the time.

Odd that it takes a crisis to remind people of how lucky we are to live in this current century and to follow common sense like washing your hands and covering your cough. It is amazing how social etiquette — to include elbow-bump greeting, social distancing of 6 feet, e-learning and e-working, drive-by health testing — is being molded by a health crisis. We are living in historic times. Evolutionary measures that would have taken a generation are happening overnight.

So … humankind continues to win. Global cooperation and common sense will shorten this bell-shaped curve of infection. There is no need for hysteria.

This 100-nanometer terrorist molecule will be defeated.

Ironic terminology that its invasion has gone viral.