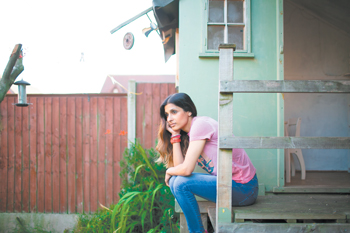 Who knew that anything could overshadow United States presidential politics?

Every four years, Americans — and many people from other parts of the world — are gripped by the dramas of which presidential candidate said what, who is supporting whom and who will be tapped for the number two spot. We learn about their families and somehow come to believe we actually know them. It is a process that takes months, sometimes years. Some presidential cycles are marked by stunning twists and turns, and some feel more like coronations.

COVID-19 has upended and eclipsed all of that.

The only campaigning is online. Political party conventions, including the one scheduled for Charlotte, will very likely be virtual if they happen at all. The legitimacy of our electoral process is in real question, particularly following the controversial primary in Wisconsin earlier this month. Will our states and territories be able to conduct free and fair elections in November? And if so, how? Can we trust voting machines? Can we trust absentee ballots?

If there is a single undecided, waiting-for-more-information voter in the United States, I have yet to meet him or her or even to see such a voter on television. We are a nation as divided as at any time in our almost two-and-a-half centuries as a country. This is particularly true in a purple state like North Carolina, where political contests are so partisan and bitter that polls struggle to capture an accurate picture. As of this writing, state polling operations favoring Democrats report Democratic candidates ahead of Republican candidates, and Republican polling operations report similar results for their candidates. None of it means anything more than six months ahead of the election.
The truth is that we simply will not know until voting takes place in November under whatever circumstances that occur. The intervening months of campaigning will be unlike any Americans have experienced. Here are some thoughts on the presidential contest.

Love him or loathe him, Republican Donald Trump is a known quantity. What we have seen is exactly what we would get during a second term in office. Trump’s shoot-from-the-hip, confrontational and controversial personal style of governing has great appeal to some Americans; at the same time, it repulses others.

The presumptive Democratic candidate, Joe Biden, is a veteran of half a century of public life and service in the U.S. Senate, but Americans can only speculate about a Biden presidency. His career as a legislator has been one of working across the aisle and inclusion of various constituencies, including selecting a woman as his prospective running mate. Americans could reasonably expect a moderated and traditional presidency from Biden.

In elections past, Americans have said, “I support candidate A, but I can live with candidate B if that is who voters choose.” No one is saying that now. The contrasts between Trump and Biden are clear and stark. While most of us already know which candidate we support, decisions still loom. What face do we want to show the rest of the world? And what does that choice say about the people of the United States? Will we actively campaign for our candidate? Will we participate with our time and treasure? Most importantly, will we get off our sofas and actually cast our votes?

COVID-19 will force Americans to stick close to home for months to come, giving us plenty of time to think through such questions. What we decide will not only chart our nation’s course for at least four years. It will tell us who we are at this point in our national and international life.