We are learning how much we don’t know 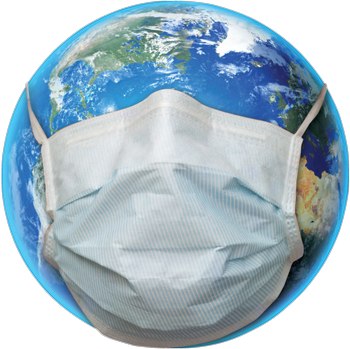 Earlier this month, medical professionals seemed to be getting a handle on COVID-19. No cure yet, mind you, but they seemed confident in saying who is most at risk and how the novel virus affects the human body. It was beginning to feel like if we all social distanced, stayed close to home, wore masks when we were out and washed and disinfected frequently, COVID-19 infections would peak and begin a slow decline.

We were looking at only the tip of the iceberg. We are now learning the hard way what we did not know when COVID-19 first emerged in China and zipped around the world in a matter of weeks. It traveled at a pace unknown in the flu pandemic of 1918 before people routinely traveled between and all over continents. Estimates are that COVID-19 is about five times more lethal than seasonal flu.

We initially thought COVID-19 appeared at nursing facilities in Washington in late February. Turns out the first death may have been a California woman with no connection to China who died of COVID-19 in early February. Few of us will be surprised if more early victims are identified. We thought the elderly and people with respiratory issues were most at risk. Still, much younger people are dying of it as well, and asthma patients are less affected than initially feared. If more people than originally thought have had and survived the virus — with or without symptoms, could it be more contagious than we imagined and spread more quickly? A reopening of commerce would hasten the spread.

COVID-19 may have long-lasting effects on some who survive the initial infection. Medical professionals are reporting damage to lungs and other vital organs and finding that while some people emerge on the other side of infection feeling back to normal and with presumed immunity, others have a long recovery to reach their former “normal.” And, perhaps most worrisome of developments so far is what COVID-19 does to the blood of some patients — clotting that can move into the heart and lungs and block blood and extreme bleeding in other patients.

While we are watching the curve of infections and hoping to bend it in the right direction, we are also watching the course of the disease and working to understand it as quickly as we can.

Meanwhile, the death toll in the United States and North Carolina continues to mount, affecting families of the well-known and families of ordinary folks just trying to make it through this bizarre and scary time. The pandemic is complicated by the collapse of the U.S. economy and its dire financial toll on individuals and businesses. Intense pressure faces policymakers to let up on some social distancing restrictions and allow certain businesses to reopen — at least partially. Not surprisingly, that pressure is falling along partisan political lines, as does so much in American life these days.

Blessedly, not all the news is bad.

Our air and water are cleaner because we are using less fossil fuel and generating less garbage. Wild animals are reportedly rebounding with less human contact in their daily routines. Millions of Americans are learning to cook at home again and are probably healthier for it. Families are spending more time together, and while that is not without tensions, many are getting to know each other in new ways. Millions of American students may be falling behind in academic areas, but so are students in other parts of the world. On the plus side, students and their families are learning flexibility, resilience and creativity, qualities that will help them in ways book learning cannot.

Very likely, we still see only the tip of the iceberg, but the waters are clearing to give us a fuller picture of what lies ahead.