Don’t bet against the House 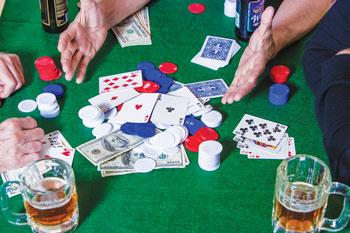 Ladies and gentlemen, step right up and place your bets. In Las Vegas, Nevada, every smart gambler knows it’s not a good idea to bet against the House (Casino). The House is always bigger, more intelligent and has a lot more resources and staying power than you do. Hence, it will ultimately win. Or, more appropriately, you will eventually lose. This could be where the phrase “you should know when to quit” originated.

Many Americans are currently feeling that local, state and national governments are betting against the House as we wrestle our way out of the grip of this nasty COVID-19 pandemic. In this case, the House is America with its God-fearing inhabitants, who strongly believe in the Constitution of the United States and the Bill of Rights. It would be a sucker’s bet to wager on any person or group of people who, regardless of title or position, ignores and disregards the freedoms upon which this country was built. Yet they do.

I hope that by the time you read this article that North Carolina’s governor, Roy Cooper, has figured out that it’s time to quit acquiescing to half-truths and partisan gamesmanship and open up North Carolina’s businesses so people can get back to work, and more importantly, get on with their lives. Cooper, along with dozens of other governors and mayors across the country, is betting against the American people (the House) when it comes to subjecting them to the Draconian rules and regulations that have accompanied the “sheltering in place” edicts. What are they thinking? Or, are they thinking at all? Thank God we have a competent U.S. Attorney General in William Barr, who believes his job is to enforce the U.S. Constitution and protect the rights of American citizens. What’s really scary about this situation is that he is protecting us against the governors and mayors and bureaucrats across the country who have taken the same oath of office he did.

What are these people thinking? Are they so greedy, self-absorbed and drunk with power that they are oblivious to their obligations and responsibilities as elected officials? Are they so desperate that they are willing to lie, cheat and destroy our country just to gain power and authority over the American people? Well, it sure seems that way. We have witnessed far too many situations where government actions lack logic and lack common sense. Need examples? In New Jersey, where liquor and hardware stores are deemed “essential,” the governor, Phil Murphy, bans church gatherings. He even went as far as having 15 Jewish men arrested at a synagogue in April as part of coronavirus quarantine enforcement. When a reporter asked him if he was concerned about violating people’s constitutional rights or if he had heard of the Bill of Rights, he replied, “That’s above my pay grade ... I wasn’t thinking of the Bill of Rights when we
did this.”

What? He wasn’t thinking of the Bill of Rights? Free speech? The right to assemble? Freedom of religion? And, this is a governor?

Hopefully, Cooper will follow the example of the more pragmatic government leaders and free North Carolina so people can go back to work. Then businesses can open back up and people can  start earning a living again and getting their lives back.

The American people are smart; they are not willing to sit back and allow their constitutional rights to be trampled. You are betting against the House if you think Americans are going to accept or tolerate government drones flying overhead, digital surveillance or being told what to do, where to be and when to be there. The last 50 days could almost be a sneak preview into what it would be like living in a socialist or communist country. Bernie Sanders followers should feel proud.

With nearly 30 million people collecting unemployment and Congress taking a pass on working, I think we may not be able to buy our way out of this. The only solution is to let Americans do what they do best — work. Otherwise, if we keep throwing money at this problem, the cure could end up being worse than the disease.

Don’t bet against the House. Americans are tough and resilient. We are going through a rough period, fighting off two diseases. One, for which we are working on a cure, is on the surface. The second is from within our government. It is a disease caused by power, greed and selfishness of those we elected. The cure here is easy and much less complicated — we unelect those who have become diseased and replace them with people who genuinely want to make America great again.

Don’t bet against the House.