Will the virus keep us from voting? 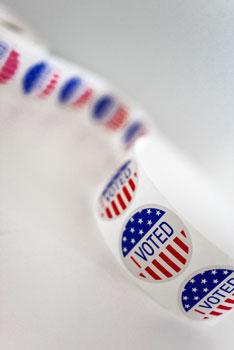 Are you going to be able to vote in the upcoming November election?

Or will the coronavirus claim another victim: your right and responsibility to choose the leaders to guide us through this public health, political, economic and moral disaster?

The recent elections in Wisconsin should have taught North Carolinians that the process will probably be partisan and contentious. It will likely put a heavy burden on individual voters as well as the election day workers who will be trying to accommodate voters and protect them and themselves from the dangers of transmitting the coronavirus.

Without careful planning, North Carolina could repeat Wisconsin’s April 7 voting day experience. Milwaukee had to reduce the number of poll sites from 500 to five. Voters were forced to wait in line for hours. At least six poll workers have already come down with symptoms of the virus.

Sadly, but predictably, Democrats and Republicans in Wisconsin battled for partisan advantage in a crucial judicial election pitting a conservative Republican incumbent against a more liberal Democratic challenger. The Democratic governor tried to postpone the election to give more time for mail-in voting and a better chance for his party’s candidate to win. The Republicans objected and won a legal battle to require the election to be held on schedule.

Partisan bickering about election procedures and rules is nothing new in North Carolina. In his new book “Wilmington’s Lie,” David Zucchino reminds us what happened after conservative Democrats won control of the legislature in the 1898 elections. They crafted “a constitutional amendment requiring voters in the state to pay a poll tax and pass a literacy test unless a father or a grandfather had voted before 1867. The amendment also required voters to present proof of their identity during registration, if challenged. There wasn’t much camouflage of the amendment’s motive. ‘The chief object of the amendment is to eliminate the ignorant and irresponsible Negro vote,’ the Democrats explained in a pamphlet.”

Both North Carolina political parties have a sorry legacy of framing election laws and voting districts for political advantage, with the modern Republicans being the more recent abusers.

Elections and election procedures are bare-boned political battles in Wisconsin, too. One of the arguments there is about mail-in voting.

Many political scientists, including Barry Burden, professor of political science at the University of Wisconsin-Madison, cite studies that show no partisan advantage to either side in expanding voting by mail. But the Democratic judicial candidate won, according to The New York Times, primarily by performing better in mail voting in every community than she did at the
polling places.

North Carolina does not have a true vote-by-mail system. Should Democrats fight to have one in place by this November? Bob Cordle, former chair of the North Carolina State Board of Elections, points out that North Carolina’s no-excuse absentee voting procedure already gives voters the opportunity to secure and send in a ballot by mail. However, he says, “the requirements to obtain and vote an absentee ballot by mail need to be simplified and made more accessible to our voters.”

The current elections board chair Damon Circosta, a Democrat, and board member David Black, a Republican, recently recommended that the legislature make “it easier to securely request and cast votes
by mail.”

They continued, “We sincerely hope that North Carolina and the United States can be past this crisis before the fall elections, but it is imperative that we are prepared in the event that the crisis remains with us. There will be plenty of time when it is all over to reengage in our partisan battles about election policy. Right now, we all need to work together. The coronavirus has given us a chance to live up to our democratic values. Let’s take it.”

Good advice for all of us.