Liberty and personal freedom at risk: Where is the outrage? 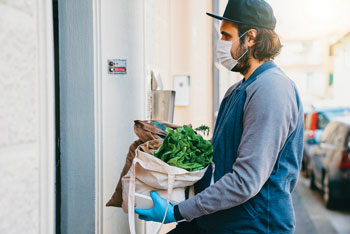 Amid the COVID-19 pandemic, it is distressing to learn that members of the U.S. Congress and our Justice Department would lie, cheat and conspire against innocent Americans to discredit and try to unseat a duly elected  president. Partisan greed, power and unbridled animosity have become way too common in America’s political scene, and those factors are undermining American rights and freedoms, not to mention wasting time and energy while distracting Congress from doing the people’s business.

Regardless of whether you are a Republican, Democrat or Independent, we are all human beings and should not turn a blind eye to political injustice or conspiracies that ignore the rule of law. What is taking place politically in America today should scare the hell out of any decent, God-fearing human being. And, if it doesn’t, your principles and values may have already been compromised, and your levels of sensitivity and compassion toward humanity calloused. Again, it makes no difference what political affiliation you are. Human decency defines the boundaries of “right and wrong.” We live in a country where citizens are (or should be) equally entitled to freedom, fairness and justice. We do not live in a socialistic or communistic state where authoritarianism* dictates “what’s good for me, is not
for thee.”

This unsavory situation exists today and has escalated ever since the World Health Organization declared COVID-19 a public health emergency in January. Since then, based on faulty information, the world panicked, exposing the true talents, abilities and leadership skills of government officials worldwide. Here in the United States, under these dire circumstances, it is difficult for our national and local leaders to hide traits like political gamesmanship, greed, gross incompetence and the blatant abuse of power and authority for personal gain.

No doubt, we have many capable leaders whose intelligence and level-headed strategies and management style aided their constituents during this crisis. But as the pandemic expanded through March and April, it became more and more evident that power-drunk government officials were slowly, conveniently and methodically eradicating our liberty and personal freedoms. Freedoms guaranteed to us by the Bill of Rights are being methodically replaced by Soviet-like directives from authoritarian state governors’ offices or from local city halls. Making this situation even more frustrating is the fact that these directives are often baseless, senseless, contradictory and, in some cases, deadly. It’s bad enough for the government to decide which businesses are essential and which are not, but deciding who lives and who dies?

New York’s Gov. Andrew Cuomo could be the poster child for being the very best of the worst. His state has the highest rate of coronavirus cases anywhere on the planet with nearly 350,000 cases and over 27,000 deaths. With two-thirds of the cases and over 70% of the deaths in New York City, this governor sends 1,700 aging citizens to their deaths after mandating that nursing homes and senior care centers accept their residencies knowing full well that seniors and aging populations are the highest risk group most vulnerable to the disease. Instead of protecting them, this governor was digging mass graves to bury the victims by the hundreds.

Where is the logic? The leadership? The compassion? The humanity? Hell, where is the outrage?

And, just when you think it couldn’t get much worse, Cuomo’s leadership team releases 1,000 hardened criminals, rapists, murderers, dope pushers and child molesters from the Rikers Island jail. Not only did they unleash mayhem and an eventual crime wave upon innocent citizens of New York City, but over 1/3 of the criminals released were infected with the coronavirus. Cuomo’s logic? To protect the criminals and prevent the spread of the virus. No wonder they lead the world in COVID-19 infections.

While this craziness is going on in New York, a judge in Dallas is sentencing Shelly Luther, a single mother and beauty salon owner, to jail for seven days for opening up her small business so she can feed her children. Unbelievable. In California, you can be arrested if you go to beach, but you can be paid if you snitch on your neighbor. In Michigan, residents are storming the statehouse in protest because they can buy liquor and go to Home Depot, but they cannot worship in their churches. In North Carolina, under Gov. Roy Cooper’s reign, protesting has been deemed an “illegal activity.” You can be arrested for stepping on a sidewalk. In North Carolina, residents are told that exercising their First Amendment rights to peaceably to assemble and to petition the government for a redress, was among the activities Gov. Cooper deemed “nonessential.” The arrogance. He actually took it upon himself to nullify the Constitution. But, Cooper’s not the only person drunk on power. New Jersey Governor Phil Murphy had 15 members of a Jewish congregation arrested for assembling at a funeral service. When he was questioned as to whether he was concerned about violating their Bill of Rights, he responded, “That’s above my pay grade … I wasn’t thinking of the Bill of Rights when I did this.” Really? The governor of New Jersey wasn’t thinking that freedom of worship and the right to peaceably assemble are both protected in the Bill of Rights? In Fayetteville, the mayor curbed the COVID-19 virus and protected citizens by enacting a 9 p.m. to 6 a.m. curfew. Are you beginning to see the pattern?

Like I said in the beginning, it doesn’t matter what political affiliation you are, what color you are or what religion you practice, the COVID-19 pandemic is serious;  however, it doesn't just threaten your health. It threatens your livelihood. We must be mindful and protective of our civil liberties, or we run the risk of some serious “unintended consequences.”

In the case of some of these crazy and contradictory statewide restrictions, the cure could end up being worse than the disease. People want to be free. Democracy is in our DNA, and it is on the decline. We cannot allow this COVID-19 pandemic to be used as a vehicle to strip us of our rights or freedoms.  We need leadership that respects our Constitutional Rights. We don’t need surveillance of any type, and we have to make sure we maintain honest and well-managed elections. Where is the outrage?

* According to Lexico, the definition of “authoritarianism” is, “the enforcement or advocacy of strict obedience to authority at the expense of personal freedom.”