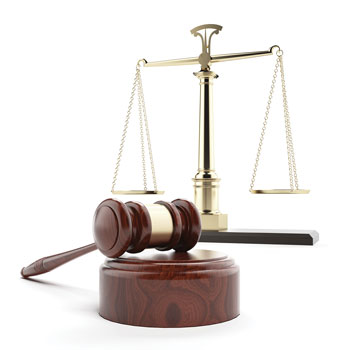 Column Gist: In the midst of this COVID-19 pandemic, many people are asking if it was caused by God. This column addresses that question.

As people ponder how God might be involved with the COVID-19 pandemic, the normal response is, “I don’t see how a loving God would cause an event such as this.” The implication is that God’s love does not allow him to, for any reason, bring hardship upon people of Earth … to punish. Even though I do not claim that COVID-19 is God’s punishment on America, my question would be: How can a loving God not punish America?

I think Rev. Billy Graham went to the heart of the matter in a statement where he referred to an assessment made by his wife, Ruth. This from an article in 2012 by Rev. Graham titled, “Billy Graham: ‘My Heart Aches for America.’”

“Some years ago, my wife, Ruth, was reading the draft of a book I was writing. When she finished a section describing the terrible downward spiral of our nation’s moral standards and the idolatry of worshiping false gods such as technology and sex, she startled me by exclaiming, ‘If God doesn’t punish America, he’ll have to apologize to Sodom and Gomorrah.’”

The 19th chapter of Genesis records God’s punishment of Sodom and Gomorrah. Scholars differ on the nature of the sin that caused God’s destruction of these cities. Some say it was because of rampant homosexual activity. Others point to a lack of hospitality. Discussion of these differing schools of thought may be reviewed at www.britannica.com. No matter what the causal sin was, these people were horrendously sinful. That is the level of sinfulness that has taken up residence in America. Consequently, Ruth Graham has my full agreement — America is due for God’s overwhelming punishment.

Whether COVID-19 is our punishment, I do not know. However, every American should seriously consider that possibility and respond accordingly. What follows offers some thoughts on how we might go about assessing the plausibility of this plague being God’s punishment of America. Granted, the whole world is adversely impacted by this frightful pandemic. However, this did not mandate that it come to America, especially with the tremendous devastation that we are experiencing.

“The act of caring and giving to someone else … having someone’s best interest and well-being as a priority in your life.” This definition “hits the mark” because it requires taking actions that sometimes are necessary for the correction of those who are loved. In the “I can’t believe a loving God would do this” assessment of our difficult experiences, love is viewed as void of punishment or correction.

The following segments, from an article by  Monsignor Charles Pope titled, “Pondering Punishment in the Light of God’s Love,” makes crystal clear the great fallacy in how God’s love is generally viewed:

“We have become rather ‘soft’ in modern times (at least in the Western World). We have been taught in the ‘God is Love’ school, which is not wrong but has often understood that love in sentimental and simplistic ways. Modern notions of love are usually soft, permissive and nondirective. Love is often thought to be exclusively ‘supportive’ and ‘affirming.’ The understanding that love could or should include setting limits, correction, admonishments or
punishments is usually downplayed if not explicitly rejected as pertaining to love.

“God too has largely been relegated to being essentially an affirmer. He is the one who
‘understands.’”

Beyond recognizing the correction, the punishment, component of God’s love, our assessment of God’s possible role in COVID-19, as it relates to America, requires understanding that God deals heavily in quid pro quos. A Google search yields this definition: “Quid pro quo refers to the giving of one valuable thing for another.” The examples from scripture are almost limitless. For instance, there is this often quoted verse from 2 Chronicles 7:14 (KJV): “If my people, which are called by my name, shall humble themselves and pray and seek my face, and turn from their wicked ways; then will I hear from heaven, and will forgive their sin and will heal their land.” God does not say that he will, without any action on the part of the people, heal their land. He lays out what they must do.

God goes even further and details for Solomon, the king, what he will do if Solomon does not live by God’s statutes. This from the  Life Application Bible note on 2 Chronicles 7:17-22:

“God plainly set forth certain conditions for Solomon to meet if he wanted the kingdom to continue. If Solomon followed God, he and his descendants would prosper. If Solomon did not, he and the nation would be destroyed. In Deuteronomy 27 and 28, these conditions were outlined before all the people.”

Over time, Solomon turned from God, and God did what he promised. Solomon’s descendants, and all of Israel, suffered tremendously.

God’s use of quid pro quos even shows up in the loving and, very likely, most quoted verse in scripture, John 3:16 (NIV): “For God so loved the world that he gave his one and only son, that whoever believes in him shall not perish but have eternal life.” God offers eternal life, but receiving it requires that a person believes
in Jesus.

The experience of Solomon not only illustrates God’s use of the quid pro quo; it also makes clear that God punishes disobedience. An even more telling instance of God’s love resulting in punishment shows through in his sending of Israel into the wilderness for 40 years. The following, from an article by David Treybig titled, “Why Did God Choose Israel?” sets important context for them being sent into the wilderness:

God loved Israel and had a high calling for the nation; however, when the people rebelled and chose not to follow God’s direction and enter the land he had promised, God sent them into the wilderness for 40 years. God punished people he loved dearly.

In deciding what role, if any, God might be playing in COVID-19’s invasion of America, we must recognize that God must sometimes punish us because he loves us and must substantially employ the quid pro quo and treat us in the same way that he has treated individuals and nations across the ages.

When we examine the behavior of American society, the picture is clear. As a nation, in the overall, we blatantly reject the statutes, the way, of God. We have declared abortion a woman’s right. We decided the homosexual lifestyle acceptable and protected by law — no matter what scripture says, a person gets to choose their gender regardless of gender at birth. Sex before marriage is routinely accepted. Christians are under attack because of our faith.

Even further, government policies and programs support or encourage ungodly conduct. For instance, instead of taking actions that would discourage premarital sex, American governments provide free condoms to citizens. When that action fails and children result whose parent(s) cannot afford to financially support them, governments provide financial support, health care and other benefits. Then there is the push for expansion of public funding of abortions. All this at the expense of taxpayers, many of whom oppose these actions that advance
ungodliness.

I do not claim that COVID-19 is God’s punishment on America, but when the likelihood is examined as is done here, there is more than ample reason to seriously consider the possibility. If this is not God’s punishment on us, we would do well to treat it as a warning and change our ways. Ruth Graham spoke absolute truth.