Does that make sense? 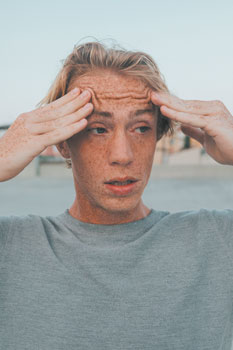 I thought we needed a little humor. While working for the military, one of my commander’s favorite questions to almost any problem or decision started with “Does this make sense?” Then after weighing his options, he would answer with his orders followed by “Does that make sense?”

That is the approach that we should demand from our leaders. Not political partisanship but common sense like that of Thomas Paine’s little pamphlet back in 1776. The one calling for some intellectual consideration for the common man.

It seems most every day we see something that I like to call “Stupid Stuff of the Day.” I asked people to write about their “stupid” COVID stories and send them to me. Here is what I got:

There was not a place to respond with,
“No, I had a job, but Gov. Cooper will not let me do my job.”
What they are saying is, “You can work, but only at places he deems essential.”
—  Frustrated Unemployed Hairdresser

As we all hear of these stories, most people understand that those working down in the trenches are just doing what the government is mandating. I think most people are not laughing as much at the people around us, but deep down inside, we are sadly laughing at the leadership (or lack thereof) of our elected officials.

When all of this is said and done, the last laugh for the men and women in high places will be had at election time.

And that, my friends, may not be a joke at all.