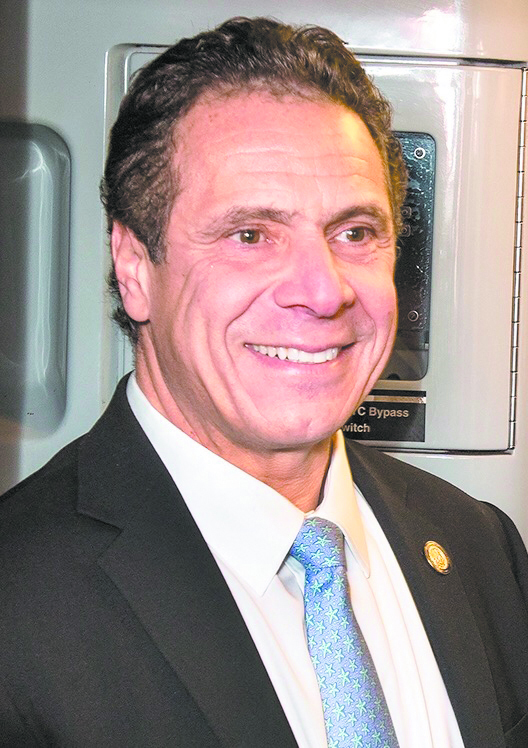 Column Gist: In any circumstance, only giving part of an account of some happening, that benefits the storyteller, can prove dangerous — even destructive. The possible consequence of danger or destruction is normally faced by others but can also negatively impact the narrator of the partial story. These partial narratives, and the accompanying danger or destruction, seem present in abundance in our current political climate. We had better address it.

“Narrative” is defined in a Google search as: “… a spoken or written account of connected events; a story.” We live in a time when hardly anybody voluntarily tells the whole story regarding anything. We only tell what benefits our argument, our position. That might be expected where there is no negative consequence, as when two fellas are in discussion regarding which of them is the better fisherman. However, narratives or accounts that impact decision-making and affect matters resulting in serious consequences, must not be addressed with partial narratives. What follows is some examination of one instance illustrating how use of the partial narrative plays out in our current political climate.

The situation started when Governor Larry Hogan, R-Md. and Governor Andrew Cuomo, D-N.Y., called on Congress to approve billions of dollars in unrestricted aid to states. Their argument is that states need this funding for state-funded functions not directly related to addressing COVID-19 but for suffering shortfalls because of the pandemic. Other elected officials voiced agreement, but President Donald Trump’s response started the partial narratives. These segments from an article by Sahil Kapur and Allan Smith titled, “Trump’s state ‘bailout’ swipe prompts pushback: Who’s really getting rescued.”

“Three of the four biggest ‘taker’ states lean Republican: Kentucky, Mississippi and West Virginia, according to a 2019 study by the SUNY Rockefeller Institute of Government that looked at how much states get from the federal government per year and how much they send to Washington. New Mexico was the exception. All four receive twice as much money as they give.

“The four biggest ‘giver’ states, according to the study, all lean Democratic: Connecticut, Massachusetts, New Jersey and New York.”

Trump’s framing of his concern opened the door for a discussion on what dollar amount states contribute to the federal government and what they receive. The information above shows New York in a good light. Gov. Cuomo seized that point. Following are segments from an article by Morgan Phillips titled, “Cuomo: New York has been ‘bailing out’ other states for decades.”

“While Cuomo said it was ‘not the time to be talking about dollars and cents,’ New York’s federal tax contribution has been ‘bailing out’ other states for years.

“’If you want to look at who gives, we are the No. 1 giver — no one puts more money into the pot,’ Cuomo continued.

“Cuomo said the state has paid $161 billion more than it received in federal spending since 2015, and for every $1 New York state gives to the federal government it receives 91 cents back.”

With a partial narrative, Cuomo scored points. Left with his response and the earlier information regarding other states, New Yorkers likely feel entitled to a bailout. Other Americans who delve no further into the matter will probably agree. However, the question is not whether New York deserves a bailout solely because of its financial contributions to the federal government. The bigger question is should we bail out a state that is in financial trouble because of mismanagement and unwise decisions? If financial contributions are to be considered, then it is reasonable to factor in the totality of New York’s contribution to America and the totality of what the state receives from being a member of this union.

Regarding financial mismanagement, consider New York’s spending on illegal immigrants. By any measure, the state has set conditions that make it a magnet for illegal immigration. One of those conditions is the focus on sanctuary status for cities. Following is from an article by ProCon.org titled, “Sanctuary Cities: Top 3 Pros and Cons”:

“While there is no official legal definition of ‘sanctuary city,’ the term generally refers to towns, cities, or counties that decline to cooperate completely with federal detention requests related to undocumented immigrants, often with a ‘don’t ask, don’t tell’ policy.”

A report by the Center for Immigration Studies, as of March 2020, shows the following cities or counties in New York as having sanctuary policies: Albany, Franklin County, Ithaca, Nassau County, New York City, Onondaga County, St. Lawrence County and Westchester County. That reference also lists New York as a sanctuary state. Sanctuary areas clearly behave in a fashion contrary to federal policies and priorities for keeping the nation safe and secure.

An article by Seth Barron titled “Is there anything New York won’t do for immigrants?” presents another relevant piece of information. The writer reports: “Earlier this year, the Trump administration announced that it would expand the list of government benefits it considers when defining a person as a ‘public charge.’” Public charge provisions seek to ensure that persons who immigrate to America are able to financially support themselves and will not be a burden on society. To this end, they should thus secure local sponsors who could guarantee their expenses until they got settled. Barron states: “Progressive localities have responded furiously to Team Trump’s directive. New York City and state have joined a lawsuit to prevent the expansion of public-charge criteria, alleging that it reflects animus against nonwhite immigrants.”

Even further, Barron reports that in 2012, under Mayor Michael Bloomberg, 580 persons who had sponsored single immigrant adults were notified that they were to reimburse the city for cash assistance that those immigrants received from the city. Two hundred fifty individuals paid $996,000 to the city to cover those costs.

Then Barron says, “On taking office in 2014, however, de Blasio canceled the collection efforts, which he had opposed in his prior position as public advocate, when he had demanded that HRA ‘stop punishing sponsors when immigrants seek assistance from the city.’”

Mayor de Blasio also refunded all the money paid by the 250 sponsors. Opposition to the Trump changes, coupled with de Blasio’s cancellation of collection efforts and refunding payments, was an unwise use of funds. It also points to making New York a magnet for illegals. The magnet creation goes on with New York now issuing driver’s licenses to illegal immigrants and offering undocumented students access to state financial aid and scholarships for higher education.

The benefits to New York run much beyond the dollars returned to the state by the federal government. In the current COVID-19 pandemic, the federal government: sent military personnel in to set up temporary hospitals, converting the Javits Center to accommodate pandemic victims; provided ventilators, protective medical gear and other items; sent a hospital ship, USNS Comfort, to New York City. None of these actions would have been possible in support of the state if other states in this nation were not, even when less than New York, financially contributing to the federal government.

Given that military personnel are so heavily involved in supporting New York during this pandemic and providing for ongoing national defense, which includes the state, New York’s level of support for the military is relevant. An article by Adam McCann titled “Most Patriotic States in America” gives an overview of a study done by WalletHub. Under “Military Engagement,” New York State is rated 49th among the 50 states. This category measures each state’s support of the military by way of military enlistees between 2012 and 2017, veterans living in the state, active duty military personnel and participation in the military reserves. All of the states that Gov. Cuomo points to as financially contributing less to the federal government than they receive outpaced New York, by a long shot, in this assessment.

The lesson here is simple: invest the time and effort to get the whole story because partial narratives abound.