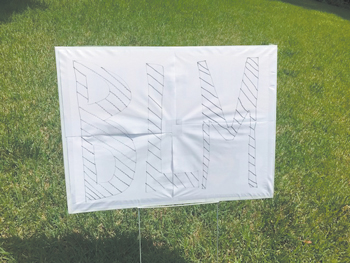 An online thesaurus finds nearly 300 synonyms for “critical mass” and “tipping point.” These include “the last straw, “sea change,” “crossroads,” “watershed,” and “game changer.” Both critical mass and tipping point are technical terms in physics, but both are increasingly used in sociology. Merriam-Webster defines tipping point this way: “the critical point in a situation, process or system, beyond which a significant and often unstoppable effect or change takes place.”

Apparently, watching the excruciating murder of George Floyd on television is just such an American moment, and the United States appears to have reached the tipping point on the Black Lives Matter movement.

Evidence abounds, both data and anecdotal.

Public opinion has trended toward BLM since the shootings of Trayvon Martin (2012) and Michael Brown (2014), but since Memorial Day, support for the movement has increased almost as much as it has over the last two years, according to polling by Civiqs. That is true for all registered voters of whatever political stripe, all ages — including the over-65 crowd, all education levels from noncollege graduates to Americans with advanced degrees and all races. Civiqs is not alone in its findings. Monmouth University polling finds that fully 76% of Americans believe discrimination and racism are a “big problem” in our nation. Other polling finds that most Americans agree that police are more likely to use deadly force against African Americans, according to The New York Times. I recently had an expired license plate on my car and had difficulty resolving it because license plate agencies had closed in response to COVID-19. I knew that I could be cited for noncompliance, but I also understood that my white skin probably insulated me otherwise.

Police are increasingly being held accountable. Four officers are charged in George Floyd’s death, six in Atlanta for their handling of protestors, and two in Buffalo for shoving a 75-year-old protestor, who suffered a head injury.

Calls for defunding law enforcement agencies are increasing, with supporters demanding to shift funding to human services such as nursing, counseling and increased education. School systems are also shifting funds away from policing to other services.

Monuments to white supremacists and colonialists are being toppled not only in the United States but around the world. Demands for changing the names of both places and things bearing the names of white supremacists are being heard internationally, including our own Fort Bragg and a middle school in Raleigh named for Josephus Daniels. He helped plan and execute the 1898 coup d’etat in Wilmington, the only one in United States history.

American businesses, including tech companies, big box stores, professional sports organizations, and entertainment giants face public reckonings over both their policies and their actions. In an apparently pro-active move, a popular country music band, Lady Antebellum, announced its new name, Lady A, professing ignorance about the Civil War and slavery connotations of the word “antebellum.”

No one knows whether what is happening now constitutes a true tipping point or another disappointment. Major tipping points have occurred in our nation’s recent history. The United States Supreme Court legalized same sex marriage five years ago this month, after years of rising public support.

During my COVID-19 extended stay at home, I have tried to walk daily with varying degrees of diligence. Mine is a predominantly but not exclusively white neighborhood, and I have noticed and been heartened by the BLACK LIVES MATTER signs dotting front yards. Most are of the printed variety that someone made an effort to obtain and then place front and center. Last week, though, I saw the one pictured here. It is so lightly done I did not realize what it was at first until I took a good look. It bears the hand-done letters BLM and appears to have been done by a child.

It gives me hope.