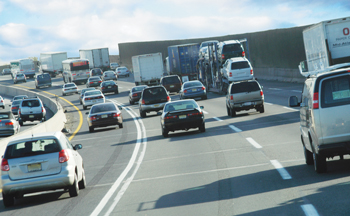 Should Gov. Roy Cooper continue his current approach to reopening North Carolina’s shattered economy, speeding up the pace to save more jobs and businesses, or slow it down in response to increases in hospitalized patients with COVID-19?

I bet you have a strong opinion about this question. Most North Carolinians do. I certainly do, and have expressed it repeatedly: I think Cooper’s initial shutdown orders were too sweeping and Draconian and ought to be lifted more quickly.

There are two assumptions embedded in my answer that deserve further explanation. One is that Cooper’s reaction to the coronavirus crisis has been relatively stringent. The other is that state regulations have a significant effect on economic activity separate from the direct effect of the virus itself. After all, many North Carolinians would have stayed away from workplaces and businesses even if the state hadn’t ordered them to.

Let’s start with stringency. Comparing state COVID-19 responses is no easy task. You can’t just tally up how many states issued stay-at-home orders or closed “nonessential” businesses. Details matter. Some orders lasted only a couple of weeks. Others lasted a couple of months. Some contained lots of exceptions and defined “nonessential” broadly. And in places such as Florida, local responses came earlier and have been more burdensome than the statewide orders.

Taking all that into consideration, the only state in the Southeast that seems to rival North Carolina in the stringency of COVID-19 regulation is Virginia. Its stay-at-home order lasted longer. On the other hand, Virginia has allowed some categories of businesses such as bars and gyms to reopen, albeit under tight restrictions, while Cooper has refused to do so in North Carolina.

Another way of gauging the relative strictness of state regulations is to look at their effect on behavior. To do that, I used a mobility measure from the University of Washington’s COVID model that combines cellphone tracking from Google, Facebook, Safegraph and Descartes Labs. I also focused more specifically on the restaurant sector by using an OpenTable.com tool that compares the average number of seated diners to pre-COVID levels in each state.

The results matched up closely with my assessment of state policies. After the initial wave of COVID regulations, followed by the current wave of phased reopening, mobility in the average Southeastern state is about 20% below pre-COVID levels. The three states where mobility remains significantly more limited are Virginia (still down 34%), Florida (down 31%), and North Carolina (down 27%).

With regard to restaurant reservations, all Southeastern states show a substantial drop from pre-COVID levels. But there is a wide variance. The situation is noticeably worse for restaurants in Virginia (-82%) and North Carolina (-68%) than in Florida (-49%), South Carolina (-46%), and Alabama (-37%). The other states fall somewhere in-between.

As you can plainly see, even the states with the lightest regulations have still experienced large declines in mobility and business activity. The same can be said for jobs and incomes. It would be silly to blame Roy Cooper in North Carolina, or any governor in any state, for all of the economic pain experienced since March.

However, it would also be silly to assert that state policy has played no role. Don’t take my word for it. In a study posted by the National Bureau of Economic Research, a team of academic researchers from Indiana, Ohio and Georgia estimated that employment dropped by an average of 1.7 percentage points for every 10 days under a state stay-at-home order. “Our estimates imply that about 40% of the 12 percentage-point decline in employment rates between January and April 2020 was due to a nationwide shock,” they wrote, “while about 60% was driven by state social distancing policies.”

To show that Roy Cooper’s shutdown orders were relatively onerous and very costly is not necessarily to show they were a bad idea, of course. We’ll keep debating that question for weeks and months to come. But now, at least, the question is more clearly framed.