The end of Fayetteville’s economic future 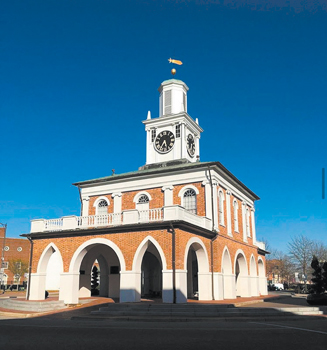 For years — decades — both the Fayetteville City Council and the Cumberland County Commissioners have poured a lot of money into various organizations and plans to bring new business with well-paid employment to our area. These efforts have now been turned overnight into irremediable failure.

No properly managed enterprise, after conducting due diligence, will ever set up in Fayetteville. If the local police force will not protect their property and employees, having set this precedent, these businesses will go elsewhere. This is not hollow conjecture.

While the news of the rioting and looting in Fayetteville got lots of media attention, it is significant that there was no similar violence in surrounding communities. Rioting, looting and vandalism in Pinehurst, Southern Pines, Clinton? Reportedly, the Aberdeen police department got intelligence of a planned event at their Walmart, but they deployed in force, and stopped the riot before it could begin.

Although our police chief has praised herself for the “restraint” shown by her police in the face of the looting, vandalism and assaults during the recent riot, there is going to be a consequence of this failure to protect property that will doom any future hopes for economic growth in Fayetteville. This must be considered at the police chief’s performance evaluation.

Another dire situation our police chief’s actions, or rather, inaction, has generated is “vigilante policing.” If the Fayetteville police will not commit to protecting this city’s citizens and their property, then these citizens will take up arms and protect themselves. The consequences will lie at the feet of the police chief. An unintended consequence of our police chief’s laissez-faire approach to protecting Fayetteville’s citizens and their property is the end of the anti 2nd Amendment movement. How can you keep a straight face arguing against “gun violence” when you are promoting wanton looting and vandalism? Since when was a Molotov cocktail not a weapon?

The examples set by our city’s leadership and police chief have branded Fayetteville as a poor choice to move to and set up a business. Business, and the investment money to set it up, will go elsewhere. That is the real debris that will have to be cleaned up. But can we expect our city leaders and police chief to accomplish this now?

I was raised in this city and grew to love it with all my heart. My working career took me to many places, Greensboro, Raleigh, Rochester, New York, Atlanta Georgia, and then back to Raleigh. I always said, when I retire, I’m going to move back to Fayetteville, North Carolina, a great city and state. I planned well and was fortunate to retire at the age of 59 and immediately moved back. I have enjoyed every minute of it. I hardly ever go to the grocery store that I don’t run into someone I know, and I enjoy that very much. I could almost make a list of those that I might run into at the Teeter. Several of their employees are always greeting me when I come in. “Hello, Mr. Wilson.”

My childhood was spent at places like Honeycutt Rec. Center (as much as all day, either playing baseball, football or basketball, pool or ping pong). Who could ever forget George Crumbley (with his pipe) or Howard Chesire with all his athletic talent, or Roger Hobson sometimes being the umpire for some of the Little League games. Rowan Street Park, teen night dancing — I am not a good dancer, but really enjoyed watching those that were. Lamond Street Park and the pool we got to swim in once a week. Hay Street, and riding the escalators in Sears and The Capitol. Mr. Stein, owner of the Capitol, probably accused Gary and myself for maybe wearing the escalators out at the Capitol. Alexander Graham Jr. High School (7th, 8th and 9th grade) with Johnson and Underwood sports teams.

I used to thumb downtown to junior high every day for school. Funny thing, a police lieutenant would pick us up almost every day after he had dropped his son off at Fayetteville Senior High. I wish I could remember his name to give him credit here. The Carolina Soda Shoppe, a “real” orange aide, with a hot dog all the way. Breece’s landing, and going on Mr. Oscars big boat. Playing in the alleys of Holmes Electric, where my mother (grandmother) worked for $25 a week. You should have seen some of the big rats we would chase there. Fort Bragg, a place I have, and still do, always hold with the utmost respect for the men and women that serve this great country, especially those men and women who paid the ultimate price for our freedom. Going to Emmanuel Baptist church on Hull road every time the doors were open. I grew up with some great friends there.

The Market House ….what a nice symbol recognizing this great city. It’s our logo, if you will. In fact, there are paintings hanging all over this city, in homes, as well as many offices, painted by such great artists as Mary Nan Thompson and other talented artists. One of Mary Nan’s is hanging in my home. I personally have never thought of it as a place where slaves were sold. ... I personally have never seen anything, written or other wise, that might suggest that. All my life I have thought of the Market House as a place where farmers went to sell their produce and livestock — nothing more! I could be proven wrong, but I believe his group, Black Lives Matter, is simply an organization that is radical and it’s sole purpose is to loot and steal and create criminal and racial disturbance. Two of the three people that started it were both confirmed Marxists. Why not protest in peace, as Dr. Martin Luther King suggested. All Lives Matter. Christ proved that when he gave his life for everyone, regardless of color!

Now, according to our local newspaper, our city council is thinking about having racial slogans painted on Hay street, or even have the building demolished. Our looters and criminals have already tried to burn the building down. Thankfully, one criminal suspect got what he deserved by having put himself on fire ... justice served, I believe. My question here is, Where were the police or fire department? Very bad choice Mr. Mayor and Ms. Police Chief, very bad.

The other sad thing is that the merchants have worked very hard to make downtown Hay Street a place we could all be proud of. The only thing thing they got in return was their widows broken out and stolen merchandise.

I will personally have no desire to go back downtown to shop or visit one of the many nice restaurants located there unless there is a dramatic change. There must be a Market House standing, with no paint on the streets! Oops. I forgot. I will continue to support our Woodpeckers, I do love baseball. Hey Fayetteville residents, we do have
an election coming up very soon, please get out and vote.

If I am not mistaken, the Market House is protected by the fact that it is on the 1832 list of the National Historic Registry places, making it deemed worthy of preservation for its historical significance. Why were the police not present to help deter some of the damage done to the Market House? Voters, an election is coming up soon ... please remember that.

As this piece is being written, we have a fence around the Market House — for its protection, I guess? Tonight the City Council is meeting to determine if the building should be demolished and done away with.

This should be about police brutally, not race or racism. I am so very sorry that Mr. George Floyd lost his life; I hurt for his family and friends. However, race did not kill him ... a police officer that had no business being on the force ended his life. Hopefully, justice will prevail, and all the officers get the punishment they all deserve. I respect the fact that anyone could use their constitutional right to protest, unfortunately, there are many of these protesters that have used this as an opportunity to loot, steal and destroy — even to the point of burning down buildings and destroying people’s livelihoods. The virus is doing that quite well, it doesn’t need any help.