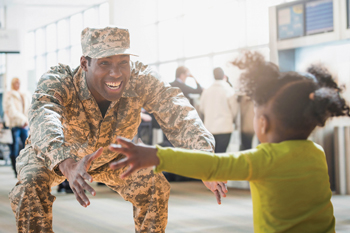 As Fort Bragg’s Congressman, I understand the strength of our servicemembers depends on not only the training and resources we provide them, but also the support we provide to their families.

Our warfighters shouldn’t have to worry about whether their next duty station can support the medical needs of their family or whether they will be able to afford safe, reliable childcare.

That is why I am proud to have cosponsored the military family readiness legislation recently included in the National Defense Authorization Act that Congress will vote on later this month.

This legislation directly addresses many of the concerns I’ve heard from Fort Bragg families, including reforms to strengthen the Exceptional Family Member Program which provides access to health care and special needs education, in addition to behavioral health, opioid abuse and child care initiatives.

I have also remained in close contact with Fort Bragg leadership on other top priorities, including key infrastructure projects that will have a direct and immediate impact on military readiness. While Congress has consistently recognized the importance of funding the Special Operations forces at Fort Bragg, this has often come at the expense of conventional forces at the base. Most notably, this includes the 82nd Airborne Division also known as our nation’s Immediate Response Force (IRF).

That is why in March, I testified before the Subcommittee on Military Construction to request they fund priorities to support the mission of the 82nd Airborne, as well as Pope Army Airfield.

As a result, last week the subcommittee released their report, which included both of the provisions I asked for. The first provision urges the Army to prioritize facilities that will support the global mission of the IRF. The second provision urges the Army National Guard (ARNG) to support readiness of ARNG aviation units as they prepare to gain new aircraft platforms. This includes emergency support infrastructure around the airfield to deal with possible fires or mishaps during a deployment. The inclusion of these provisions will bring meaningful investments into our forces and infrastructure at Fort Bragg and Pope Army Airfield.

While I continue to fight for these resources for our community, I am also continuing my commitment to supporting our servicemembers.
Last week, I was proud to have my proposal to increase military hazardous duty pay in this year’s national defense bill pass the House Armed Services Committee unanimously. This proposal would increase the monthly pay awarded to some personnel stationed in certain locations and those who work under hazardous conditions as part of their military duties. This increase is a step in the right direction to show our servicemembers who deploy in harm’s way that we support them as they fight in defense of this nation and our allies while separated from their friends and family.

As Fort Bragg’s Congressman, I’m constantly reminded of the sacrifices of so many of our servicemembers, especially those who have been awarded the Medal of Honor. July 12 marks the 158th anniversary of the creation of the Medal of Honor. Since it was established by Congress and enacted by President Abraham Lincoln, more than 3,500 brave Americans have been awarded the Medal of Honor, including the latest recipient, Fort Bragg’s own Master Sgt. Matthew Williams. I’m honored to represent so many servicemembers, military families and veterans who have all sacrificed for our country. Today and every day, let’s honor their courage and service.