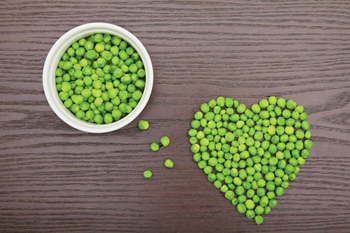 Who among us, as a child, was not forced to eat something disgusting because children were starving in China? Return to those thrilling days of yesteryear when you could not leave the table until you cleaned your plate. My sainted mother believed that unless I cleaned my plate, a child in China would starve. After a recent Zoom meeting with my extended family, a common food-related thread emerged when we discussed the merits of okra. My childhood agonies at the dinner table were duplicated in the homes of my relatives. The clean-your-plate theory originated with my grandmother, Araminta, who passed it on to her three daughters, who then passed it on to my brother, my cousins and poor old pitiful me.

My mother had many fine qualities, but at supper time, she was the Dictator of the Dinner Table. Remember the opening of the “Lone Ranger” TV show? “A fiery plate of okra placed on my dish with the speed of light, and a hearty ‘You can’t leave the table until you clean your plate!’” I spent untold hours alone at the dinner table until I had cleaned my plate of some offending food item. On many nights, I was the Lone Ranger at the table while the other members of the family moved on. I would sit there and stare at a cold turnip, a pile of misshapen okra or sometimes even a cold piece of beef liver. Life would go on all about me as I sat staring at some misbegotten food item mocking me from my plate. Instead of being outside, I was chained to a plate of some hideous food. As Colonel Kurtz said in “Apocalypse Now”: “The horror. The horror.”

Okra had a special place in my childhood. There is nothing like the slime of boiled okra to bring back precious memories, how they linger. It is a scientific fact that okra is the only vegetable with mucous. You don’t have to chew it. It will just slither down your throat like water running downhill.

In the pantheon of regrettable childhood meals, the most common offender was my nemesis — green peas. We had green peas frequently. I hated them. Tiny little balloons of green glop would stare at me from my plate. I tried all the kid tricks with them: spreading them around my plate so it looked like I had eaten some; feeding them to the dog; and stuffing them into a napkin in my pocket to be given a stealthy burial at sea in the toilet. She was on to all my tricks. I couldn’t fool her. Like the time Thomas Jefferson dined alone, I would be left at the table in lofty miserable splendor — just me and a pile of green peas daring me to eat them or spend the rest of my childhood staring at them. Upon chewing a green pea, the nasty bilious contents of the pea explode, triggering a gag reflex in normal human beings. It’s science. Green peas are the devil’s vegetable.

The only thing worse than hot green peas is cold green peas. I was my own worst enemy as I would sit there watching the peas attain room temperature. I knew the peas would be worse cold, but I could not force myself to eat them while they were hot. I hoped lightning would strike me before I had to consume the peas. In the battle of the dinner table, I was always outmatched by my mother. If she had been at the Alamo, Gen. Santa Anna would have been defeated and made to eat green peas and liver before retreating to Mexico.

One of the most conflicted things I confronted at the dinner was two-thirds wonderful and one-third abysmal. I refer to something called Rosette. Homemade mashed potatoes were carefully arranged in a circle on a Russel Wright serving dish. The potatoes were artistically sprinkled with shredded cheddar cheese. Yum. If it stopped right there, it would have been my favorite food. But no. Into the hollow center of the circle of mashed potatoes came little green men. Green peas would invade the potatoes’ doughnut hole, turning a celestial food combination into a concoction from hell. The secretions from the green peas would contaminate the mashed potatoes, turning the event horizon between the peas and potatoes green. When servings were scooped, the spoon would upset the equilibrium of the peas and potatoes, allowing aggressive green peas to hide under mashed potatoes. Biting into mashed potatoes only to discover a green pea unexpectedly detonating is enough to require years of psychiatric therapy.

All mother was saying was give peas a chance. However, peas are not good for children or other living things. As Forrest Gump once said, “And that’s all I have to say about that.”