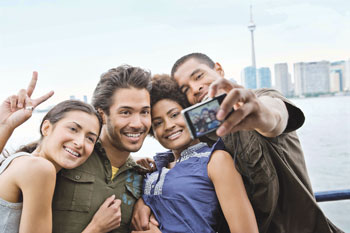 Millions of Americans of various skin colors and ethnicities profoundly sympathize with the Black Lives Matter movement and the distress that has come from the murder of George Floyd. Many participate in protests all over our nation and around the world. It seems that our nation may have reached a tipping point regarding race and the inequities that have plagued the United States even before we were the United States.

Despite the very real pain in our nation, people of goodwill are trying hard to find new paths and avenues of healing. That said, many of us are learning about implicit bias, also called unconscious bias, and the more clinical implicit social cognition. However it is labeled, it is deep-seated prejudice so much a part of us that we are not conscious of it. It often contradicts the views we openly express and think we hold.

Psychologists from Harvard, Stanford and the University of Virginia have developed Project Implicit, which is not without controversy. Easily available online, I took its test seeking to expose implicit bias. It revealed pretty much what I thought it would, but not quite. I found it instructive and am glad I made the effort.

Like millions of other people, I am also studying and learning more about how and why we find ourselves in the painful situation we face in America in the 21st century. The pandemic has provided many of us with more discretionary time, and I am using some of that to read more and turn to other media for different and often troubling takes on what it means to be black or brown in our country. I know my journey is just beginning and that it is a long one.

Educational resources abound, and pictured are a few from the July/August 2020 issue of Raleigh magazine. This list seems a good starting point, and there is much more dating from 1619 to right this minute. The bad news is that many of us have a lot to learn, including those of us who believe we have little implicit bias. The good news is that bias is not genetic. It is not part of our DNA. We learned it from our culture, and if we learned it, we can unlearn it.

We will not get beyond this as long as we are unable to talk to each other honestly about the pain we are feeling and until we try.
Here are several resources that may help.

Movies:
“12 Years a Slave”
“Malcom X”
“Fruitvale Station”
“Moonlight”
“The Hate U Give”

Documentaries:
“Stay Woke: The Black Lives Matter Movement”
“Rest In Power: The Trayvon Martin Story”
“13th”
“Freedom Riders”
“Whose Streets?”
Nonfiction Books
“Me and White Supremacy” by Layla F. Saad
“The New Jim Crow” by Michelle Alexander
“So You Want to Talk About Race” by Ijeoma Oluo
“The Fire Next Time” by James Baldwin
“Stony the Road” by Henry Louis Gates Jr.