America in black and white 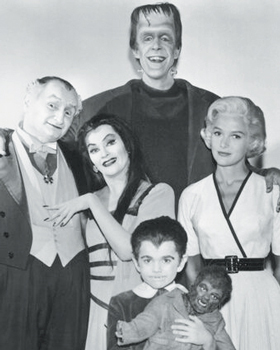 Things are a bit tough all over. Paragons of virtue are dropping like flies. The U.S. Post Office is being dismantled right before our very eyes to help Dear Leader’s re-election prospects. Remember the picture of Jerry Falwell Jr. on the yacht with one arm around the bare midriff of a Lady Friend and the other hand holding a drink? Neither Jerry nor Lady Friend can keep their pants zipped up for the photo. When having your picture made with a woman to whom you are not married, it is wise to have your pants zipped. Times change. It is bigly sad.

Jerry’s picture reminded me of “The Second Coming,” a poem William Butler Yeats wrote: “Things fall apart: the centre cannot hold; Mere anarchy is loosed upon the world; … The best lack all conviction, while the worst/Are full of passionate intensity.” If we cannot rely on our religious leaders to put passionate intensity behind them and keep their pants zipped, we are in a heap of trouble.

What with the ever-expanding death toll from The Rona, troubles in the streets, the stock market booming oblivious to the millions of Americans out of work who are worried about rent and being able to find their next meal, it all does not make sense. What’s it all about, Alfie? I tried to come up with a unified field theory of what it all means. Unfortunately, as Curly of the “Three Stooges” once said, “I tried to think, but nothing happened.”

But if once you can’t think, try, try again. I decided to cipher it all out, as Barney Fife would say. Eureka! Edgar Allen Poe might have provided a clue in his poem “The Raven.”
I stayed up late one night reading a TV Guide from the week of Oct. 17, 1965, hoping to find insight into today’s troubles. Just like in “The Raven,” the TV Guide spoke to me: “Once upon a midnight dreary, while I pondered, weak and weary/ Over many a quaint and curious volume of forgotten lore/ While I nodded nearly napping, suddenly there came a rapping, rapping at my chamber door.” The rapping came from the TV Guide. There is no lore more forgotten than a 1965 TV Guide.

There were many celestially transcendent TV shows in October 1965. Was there a common thread that might make sense of what was missing in 2020? TV gave America “Get Smart,” starring Don Adams as Maxwell Smart and the beautiful Barbara Feldon as Agent 99. I always had a crush on Agent 99, alas it was never reciprocated. Herman and Lilly Munster and Grandpa Al Lewis in “The Munsters” graced the black-and-white screens of America.

“The Man from Uncle” with Illya Kuryakin and Napoleon Solo — before he became a shill for a law firm in the 21st century — fought the evil international bad dudes of THRUSH. The most famous three-hour tour in history was in “Gilligan’s Island,” spawning endless hours of adolescent discussion of who was hotter: Ginger or Mary Ann. After Jed Clampett was out shooting for some food and up from the ground came a bubbling crude, oil that is, black gold, Texas Tea, the Clampetts moved to California to become the “Beverly Hillbillies.”

Who can forget the episode when Miss Jane Hathaway bought Elly Mae her first bra? Being a country gal, Elly didn’t know what it was. She declared her delight at having what she thought was a double-barreled slingshot for hunting. Classic. That may have been the first time a bra appeared on network TV.

The Space Family Robinson toured unknown galaxies in “Lost in Space,” with Lassie’s Mother June Lockheart as the original Mrs. Robinson, along with the semi-evil Dr. Zachary Smith, who was not someone you would want to supervise your children. The Robot frequently gave such excellent advice as “It does not compute” and “Danger Will Robinson!” particularly after Dr. Smith had been drinking. Oliver and Lisa Douglas said good-bye to city life and moved to Green Acres, where they encountered such bucolic characters as Mr. Haney and Arnold the Pig.

“Bewitched” graced the tube, starring Samantha, the beautiful witch, who was married to her befuddled husband, Darrin Stephens. As a prototype male chauvinist pig, Darrin did not want Samantha to use her witch powers to make life easier by magically twitching her nose to complete household chores. He wanted her scrubbing the floors the old-fashioned way like a good suburban housewife. Darrin’s mother-in-law, Endora, was a real witch. Like a typical 1960s mother-in-law joke, Endora thought Darrin was not good enough for her daughter and delighted in turning him into various animals. Fun fact: There were two Darrins — the first was actor Dick York, and the second Darrin was Dick Sargent. No one on the show noticed when York turned into Sargent. Maybe Endora did it. We shall never know.

So what does the 1965 TV Guide teach us about today? The common thread seemed to be spies, situational comedies on an uncharted desert isle, good-hearted monsters, suddenly wealthy country folks moving into the city, city folks moving into the country, dad’s who refuse to ask directions and get lost in space, and what happens when your wife turns out to be a real witch. My advice is to turn off the cable news and watch ME TV, where these shows live on forever and ever and ever. It was a kinder, gentler time. Now go find the remote.