How to avoid Civil War II 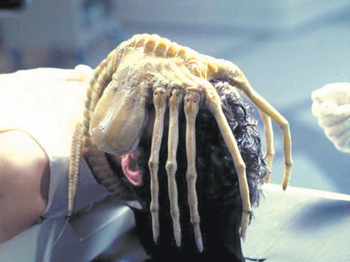 Has the world been too much with you lately, Binky? Social isolation and mask fights with total strangers getting you down? Can you remember B.C., the time Before Corona? Recall those thrilling days of B.C. when you could go to a restaurant without worrying the patron who coughed was going to send you into the tender arms of a ventilator to enjoy chemically induced coma dreams. We are now living in A.T., or the After Times. The Rona, like the Force, is with us. Times are frustrating if you believe in The Rona.

What if you don’t believe in The Rona? You are just as frustrated. In your world, the Rona talk is just fake news and fake dead people. Americans believing in Rona are sheeple to be scorned, or worse. You know the truth, and they don’t. The After Times is double-plus ungood because you are surrounded by dummies. According to Mr. Google, the QAnon believe “that a cabal of Satan-worshipping pedophiles running a global child sex trafficking ring is plotting against Donald Trump, who is battling them.” That’s a pretty dark place in which to live. No wonder you are upset.

One subset of Americans believes in A, and another subgroup believes in Not-A. This might not work out well. With the shutdown of much of the economy, many Americans are spending time binge-watching their personal cable news silo and social media feed, leaving little time for interaction with Americans who don’t believe as they do. If you don’t talk to people with different beliefs, it is easy to believe that your team is righteous, and the other team are evildoers who should be
locked away.

So, what should we hate collectively? Can’t be the Russians, as one side admires Putin’s strongman tactics. I pondered this question for at least five minutes before coming up with the answer. Like John Prine once said, “I’ve got muscles in my head that have never been used.”

Suddenly, a muscle in my head twitched. Imitating Archimedes in the bathtub, I yelled” Eureka!” I found the solution. Obnoxious TV commercials were the answer. These ads show up on Fox and CNN. They reach both audiences in America.

Everybody hates certain ads. Everybody sees them. Hate is all you need to reunite the country. As someone once said about the boxer Riddick Bowe, I had a spasm of lucidity which might save the country from Civil War 2.

Ponder the Navage Nose Cleaner ads for a product that will make your sinuses so clean that you can eat off them. It has salt pods. It has powered suction. It will suck the dust mites and cooties right out of your head with a device that resembles the space creature from the movie “Alien.” Remember that great scene in “Alien” where a critter jumps out of a space egg and attaches itself to John Hurt’s helmet and then into his sinuses? Every time I see the Navage ad, I think of a hungry space alien yearning to suck out my brains. It would not be much of a meal. But it is an ad that Don Draper of Sterling Cooper would be proud of because it is as obnoxious as it is unforgettable.

Another product which could unite Americans in dislike is “Pure Zzzs,” which Vicks advertises as Kidz Melatonin Gummies. It is a blend of “botanical essential oils, including lavender and chamomile,” which will put little Jimmy to sleep naturally without drugs. The ad says Zzzs are “natural berry-flavored gummies. Convenient and great tasting gummies that kids love — so you both will be looking forward to bedtime.” Remember candy cigarettes that tobacco companies used to push to get kids started on the sophistication of smoking? Mom, Pop and the little tyke will all look forward to Junior taking a hit of melatonin gummies to go to sleep and stop whining. It’s a win-win situation for everyone, particularly for Vicks. What could go wrong with a product that tastes yummy and puts kids to sleep? Kids would never think to dose themselves with what they think is candy would they?

Hate will keep us together. Think of commercials you can’t stand. Call up a former friend you stopped speaking to due to their political views. Tell them about commercials you hate. Renew “Auld Lang Syne.” Sing them some modified love songs substituting “Hate” for “Love.” Ask them to sing along with you. Here are some suggestions: The Bee Gees “How Deep Is Your Hate?” Otis Redding’s “Try a Little Hatred.” Queen’s “Crazy Little Thing Called Hate.” Elvis’ “Can’t Help Falling in

Hate.” Sinead O’Conner’s “Nothing Compares to Hate.” Celine Dionne’s “The Power of Hate.” Whitney Houston’s “I Will Always Hate You.”

You get the idea. All you need is hate to make America united again. Find an ad you despise and share it with a former friend. Instead of hating each other, hate commercials. It’s the American way.