'Mignonnes' is French for Crap! There's nothing cute about 'Cuties' 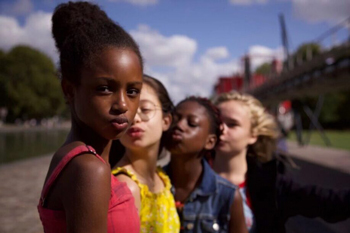 It is sad and somewhat ironic that at a time when here in Fayetteville we are celebrating Marquis de LaFayette, the French aristocrat and American Revolutionary War hero who lead American troops into battle and successfully assisted our young nation in winning its independence, the French, with their American accomplice Netflix, would introduce us to the motion picture “Cuties.”

On the surface this film is without any redeemable social value. And, even if the French movie maker, Ms. Maïmouna Doucouré, intentions were to make a pertinent social statement about the social pressures and challenges facing young girls today she missed the mark disgustingly on many fronts. Actually, she would have been better off hiring liberal activist Michael Moore to do a legitimate documentary on the subject matter. Regardless of Doucouré’s intentions, there was no mistaking the intentions of the California based Netflix Corporation after they released a sexually explicit poster sensationalizing and exploiting the innocence and sexuality of these very young girls.

This movie was released on Sept. 9 and the storyline follows an 11-year-old girl named Amy who with her newly found 11-year-old friends form a dance group. They refine their moves by dancing and mimicking the adult sexually provocative and suggestive chorography they see on social media. They dance to sexually suggestive music with pelvic thrusts, twerking, touching themselves and gyrating around in skimpy outfits while broadcasting their own sexual immaturity and attracting enablers who lure and direct such innocents into a world of human slavery and bondage. Yes, it’s a pedophiles dream come true!

Well, now people are outraged and rightfully so. Netflix is experiencing tens of thousands of cancelations that are costing them hundreds of millions of dollars. This is bipartisan outrage and disgust as it should be. Sexual exploitation of young children has no bias. It has no advocates. What concerns me and should concern all God-fearing Americans is the gross hypocrisy that accompanies these outrageous assaults on children and how these deplorable acts coalesce into our culture negatively transforming our communities and corrupting our way of life.

Only we the people can stop this transformation of our country and deplorable acts such as the suggestive, overly sexual depiction of young girls. I said people … not Sheeple! (Sheeple defined: those who are uninvolved and apathetic to the world around them. They keep their heads down and prefer not to voice their opinions regardless of their convictions. Sheeples have no resolve or intestinal fortitude and are apt to be mindless followers without question or resolve.)

I could opine for days on this subject, however, I will conclude with these thoughts. It was only a few weeks ago when the Fayetteville community gathered at a successful and heartfelt awareness rally about human trafficking and
missing children. I heard several speakers call out appeals for assistance in searching out and finding these victims. I heard one person yell out “…children, we’re coming for you! We’ll find you. We will bring you home!” This was just days after celebrating the rescue of 39 young children from deviate criminals in Georgia and surrounding states. Yet, it will be the Sheeple who will allow movies as corrupt, disgusting and influential like “Cuties” to exist only to empower criminals and deviates.

Worst of all, while the Sheeple are voicing their sentiments and lame bravado behind the anonymous screens of social media their young and vulnerable children and grandchildren are in the next room being victimized utilizing the same unsupervised social media conduits. Social media becomes their teacher, their parents and, their role model. A young girl’s life is now judged by anonymous critiques and her worth as a human being is measured by how many “Likes” she can accumulate. No wonder suicide rates among teenage girls age 10-14 are rising at a rate of 12.7% per year. This is 5.5% higher than boys. Google it!

Netflix is making big, big money. Many prominent Americans are associated with Netflix and they too are making big, big money. So, don’t expect things to change anytime soon. However, what you can do is encourage people to stand up and speak up for American and Christian values. Secure and defend what they believe in. Don’t become a Sheeple. America and our freedom will depend on this. We need more loyal patriotic Americans standing up for what is decent and right. “Cuties” is not decent or right, yet it is the near perfect example of what we are up against in the 21st century.

Sheeple cannot and will not protect or children, our freedom or our country.