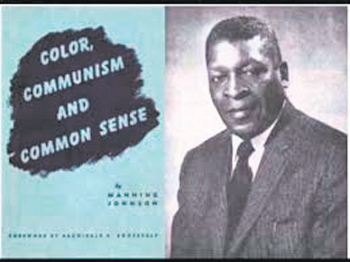 With the national election only a few weeks away, many Americans feel antsy about the possible outcomes. Many of the people I have talked with represent a cross-section of Democrats, Republicans, Libertarians and Independents from all backgrounds, religions and ethnicities. They have one thing in common: they want a civilized and peaceful outcome that will provide the leadership that moves our nation forward.

Yes, there are significant issues under consideration with this election. The economy and the coronavirus pandemic being the two biggest concerns. Now, with the passing of the highly respected liberal Supreme Court Justice Ruth Bader Ginsburg, the results of this election will have an even more significant impact on America.

With this being the case, I feel compelled to share a few thoughts with you about the hostile dialogue, riots and devastating destruction in over a dozen major cities. I believe that we need to be more sensitive to the needs and concerns of our minority populations. I also think we have a few bad cops and perhaps some questionable restraining and apprehension tactics that need to be reviewed and corrected. However, do I think we need to disband the police force and eliminate law and order? No. Should criminals go free without bail, a hearing, a fine or punishment? Of course not! Just the thought is nonsensical. What is the logic and where are the demands coming from? These are questions I can answer and debate with anyone.

I believe that the unrest and destruction plaguing America today have little to do with race, social injustice or debate about what lives matter the most. I believe demonstrators marching peacefully in the streets are exercising their Constitutional rights. However, peaceful protests are now being hijacked and infiltrated by paid hoodlums and mobsters whose only objectives are to disrupt, loot and destroy property and our American way of life. Antifa and Black Lives Matter are not about justice. They are political organizations that are all about disrupting our government, our American way of life, and turning our country into a Socialist, Marxist and Communist nation.

Socialism and the Communist Party have been active in the United States since the 1930s. We published the entire Communist Manifesto in the July 22 issue of Up & Coming Weekly and outlined in red their successful accomplishments to date. It is scary and should concern all freedom-loving Americans. This document was copied directly out of the U.S. Congressional Record. Need more proof that Marxist and Communist influences are in play? Read on.

Few people have heard of Manning Johnson (1908 – 1959). He was a unique, intelligent and influential Black man from New York who was successfully recruited by the American Communist Party at a very young age. His job as a communist community organizer was to convince Black Americans that white America would continue to suppress them and that their lives would be so much better under a Socialist/Marxist/Communist government. He was very good at his job, and rose fast through the ranks of the Communist Party until he held one of the highest positions on their National Committee. There he was trained to disrupt cities and towns, organize mobs, incite riots, attack police to include how to strategically and tactfully “throw a brick and hide.” Does all this sound familiar? It should.

Miraculously and mostly because of his Christian upbringing, Johnson had a revelation and realized the communist strategies, tactics and lies were not at all beneficial to Black Americans and only causing more hardship and suppression. He saw the deception and how the rejection of traditional American values and contempt of Christianity lowered the value of humanity and quality of life. This is when he turned government witness opposing Socialism and Communism.

Many people are not familiar with this American patriot who preceded Dr. Martin Luther King Jr. Johnson loved America and loved his people and, like Dr. King, ultimately gave his life spreading the word, educating and warning Black Americans of the cruelty and diabolical strategies used by the angry liberal left in their attempt to hand over the U.S. to the Socialist and Communist Party. This was Johnson's mission and passion until his untimely death in 1959.

Johnson testified before Congress several times about the Communist plot to take over America. His testimony is a matter of record. His testimony and the threats to our democracy are as relevant today as they were then. After he left the Communist Party in 1940, he authored an amazing book titled “Color, Communism and Common Sense.” This book could have been written yesterday. He details his experiences with communist leaders and the liberal left conspiracy and the sordid tactics they use. Ending democracy and capitalism will never bring us peace and prosperity. No one can name even one country where socialism has been successful. Manning Johnson's 1953 government testimony is available:

I encourage everyone to read Manning Johnson’s book and listen to his Farewell Speech online. Remarkable! He was a great, great man. This book is extremely relevant and could have been written yesterday. Nothing happening in America today is new. Socialism and Communism are NOT a good thing for America, and in the end, the Constitution of the United States will endure. Americans will unite together regardless of religion, race, color or political affiliation. Together we will reject these un-American attempts to disrupt and dismantle our country. Thank you for reading Up & Coming Weekly.