Honestly, no one could have made up 2020 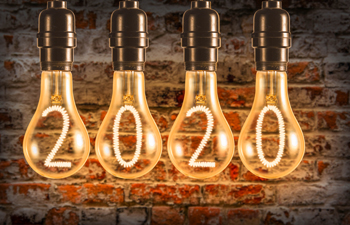 When Americans woke up on January 1, 2020, we were looking forward to a fresh new year, hoping for a good one for our nation and for ourselves.

The economy was humming, and a big political year lay ahead with a significant field of Democratic contenders to challenge the incumbent. Most Americans were beginning the year in good health.

Then the bottom dropped out of everything.

Americans began to understand the seriousness of COVID-19 in early March, when it became clear that the virus was spreading rapidly. We began behaviors Americans have rarely had to exhibit. We holed up with our families and sometimes alone.

We did not go out for meals, shopping, or socializing, and those who could began working remotely. Schools shut down, and people began leaving—or losing—their jobs. The stock market tanked initially—though it has since rallied—but the economy slowed dramatically and has pretty much stayed that way.

Small businesses struggled. Some set up Go Fund Me pages to meet payrolls and other expenses. We began a practice Asians have been doing for years. We put on face masks to protect people around us and ourselves.

We are still at all of this as the year winds down, though, some government regulations have eased a bit.

Then we entered what many Americans call the “silly season.”

After a messy campaign season, Democrats did what observers had predicted from the outset.

In the Biden-Trump debate, Trump talked so much that Biden actually told him to “shut up, man.”

Pundits speak openly about giving debate moderators mute buttons to cut off any candidate who talks over others, and someone even suggested a dunking booth so that candidates who do not stop when time runs out land in a barrel of water, like at a county fair.

Then the president himself came down with COVID-19 as have dozens of White House staffers and others who attended a White House ceremony, again generally unmasked. The world watched as Trump took a joyride to wave at supporters camped out around Walter Reed Medical Center, though some joked that he was actually going to a McDonald’s drive-thru.

Last week’s debate with vice-presidential hopefuls, Kamala Harris and Mike Pence, was calmer, but Harris was forced to remind Pence several times, “I am speaking!” That is a sentiment women all over the world well understand.

The real winner of that debate, however, was the big black fly that landed and stayed on Mike Pence’s well-coiffed and highly shellacked head for more than two minutes without his feeling it through that hair. More than one American has suggested the fly needs a COVID-19 test after such close exposure.

And then there is the story of a militia plot to kidnap and “try” Michigan's Gov. Gretchen Whitmer, a stunning thought if there ever were one.

Politics in North Carolina is less high profile but plenty nutty itself.

As a result, incumbent Republic Thom Tillis finds himself reading media rehashes of his two divorces (both from the same woman) who alleged “cruel and inhuman treatment” in their marriage. Does anyone actually care about the private lives of political office seekers?

No one knows how any of this is going to come out, of course, but we can all agree on this. The year 2020 has been and continues to be almost beyond belief. No one, even Hollywood’s most talented screen writer, could have come up with all this.

The only real question is, “What next?”