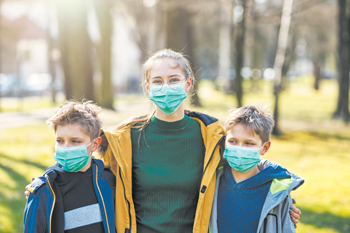 When Democrat Jen Mangrum and Republican Catherine Truitt first filed to run for state superintendent of public instruction, neither could have expected that the central issue of the 2020 race would be whether to allow public schools to provide in-person instruction to North Carolina children.

No one would have seen it as a debatable issue. Of course local districts must teach their students in school, we’d all have said. Most students couldn’t succeed without it. Many working parents couldn’t keep their jobs without it. And the state constitution requires it.

Yet here we are. Whether to reopen North Carolina’s public schools is, indeed, the central issue in the campaign, thanks to COVID-19 and the understandable concerns it raises about safety.

Jen Mangrum, a former classroom teacher who now serves as an associate professor of education at the University of North Carolina at Greensboro, is the more skeptical of the two when it comes to reopening schools.

During a recent televised debate, she largely defended the go-slow approach of relying on distance learning rather than in-person instruction during the fall semester. For teachers, Mangrum argued, the first responsibility is to protect “student welfare.” Delivering academic content is fourth on the priority list, she said.

“We know children are carriers” of COVID-19, Mangrum said, so it is necessary to prioritize the risk of spreading the virus at school over the risk that distance learning might prove inadequate for some.

North Carolina’s educators have “been like ninjas” since the coronavirus outbreak in March, setting up their distance-learning systems overnight and then improving them significantly over the subsequent months. “There are populations of students who are falling behind” with schools closed, Mangrum said, but there are also “populations of students who have more one-on-one [attention] than they’ve ever had before.”

The Republican nominee, Catherine Truitt, is also a former classroom teacher who now works in academia, in her case as chancellor of Western Governors University North Carolina. WGU is an all-online university, so one might expect

Truitt to be at least as sanguine about the potential upsides of distance learning as Mangrum was. But Truitt argued during the debate that disadvantaged children, in particular, often require the kind of attention that only in-person instruction can provide.

“We have children who were already significantly behind and unfortunately they are our most vulnerable students,” Truitt said. Only 28% of Hispanic eighth-graders can read and do math at grade level. For black students, the share drops to 14%. These students are frequently the ones who lack good internet access and parents available at home to supervise and assist with their children’s online learning, she said.

“My first priority is to get kids back in school,” Truitt added, while Mangrum argued that the schedule for reopening public schools is “going to depend on metrics” such as the share of COVID-19 tests that come back positive in a community.

While the reopening question has become the central one in the superintendent’s races, it wasn’t hard for Mangrum and Truitt to connect it to other longstanding issues of contention in North Carolina education. Mangrum argued that a lack of sufficient funding for personal protective equipment, cleaning, and training was a significant barrier to getting schools reopened — and that the state legislature, under Republican control for the past 10 years, hasn’t give the education system enough money to clear that barrier.

Truitt argued that a “one-size-fits-all” approach was keeping North Carolina from grappling effectively with the COVID challenge. Local districts should have been given more flexibility to respond to the pandemic, she said, and parents should have more authority to decide what kind of educational setting — in-person or at home, district-run public school or something other option — best advances the welfare of their children.

The state superintendent of public instruction is only one of many voices in formulating education policy. But it’s an important one. And North Carolinians have an important choice to make.