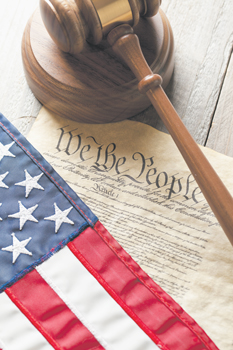 In less than 2 weeks, the U.S. presidential election and down-ballot races will be history. While it might take a while to sort out the top race, at some point either Joe Biden or Donald Trump will be declared the victor, and the United States will move forward just as we have done every year since 1792. Supporters of the winner will be elated and vindicated, and supporters of the losing candidate will be sad. There is a possibility, some observers say a probability, of violence in some parts of the nation no matter which candidate prevails.

At some point, though, there will be acceptance. The president and other newly-electeds will take up the business of governance, and the rest of us will return to our lives, such as they are during COVID.

America is going to have a monumental hangover, however, not from substances but from our own anger. Somehow politics in our country has gone from wanting the best for America, even though we might differ about how to achieve that, to anger, even rage, at each other. Both sides now call names and demean the other, although it has to be said that Donald Trump has turned rage driven name calling into a new and despicable art form. So intense is our national anger that political scholars have taken to studying and writing about it, as does Steven W. Webster in “American Rage: How Anger Shapes Our Politics.”
In his book, Webster posits that “identity politics,” mixing partisan feelings with ethnic, cultural and ideological leanings are pitting “us” against “them,” with very little concept of “we.” He also addresses the rise of “niche” media, which allow us to listen only to positions we agree with in our own little echo chambers. Ditto for the development of the internet and other technologies that allow for little policing of fact and facilitate the spread of not only false but wacky and dangerous ideas, like QAnon.

Anger operates within and motivates both Democrats and Republicans. Writing for University of Virginia Larry Sabato’s Crystal Ball,

Webster says that in 2008, 43% of Democrats and 46% of Republicans reported anger toward the other party’s candidate (Barack Obama and John McCain respectively). By 2016, those numbers had zoomed to 89% of Democrats reporting anger at Donald Trump and 90% of Republicans expressing anger at Hillary Clinton. God only knows what those numbers are now with election day 2020 looming.

The question becomes, at least for me, is anger any way to choose the leader of our nation who also remains the leader of the free world?
Politicians, of course, stoke anger because it drives out turnout of their bases, and Donald Trump is the undisputed master. But we all pay the cost for that. The price is trust in government, down from 73% in 1958 to a woeful 17% in 2019, according to Webster. Government at any level is far from perfect, but it does act, at least theoretically, on behalf of the “we.” If “we” do not trust it even 20%, how can we ever keep support for programs like Medicare and Social Security that benefit millions of Americans? How can we hold our nation and our democracy together if we regularly hurl metaphorical—and sometimes actual—stones at each other?

Both Trump and Biden can contribute to the problem, but neither of them can solve it. We, the American people, have got to want our democracy enough to work for it. We have to quit allowing ourselves to be played by anger and to think not just of “me and mine” but “we and ours.”