What Icarus could teach Putin 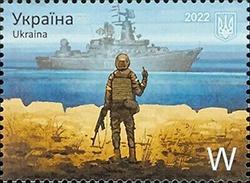 It’s Greek mythology time again. We’re going to see if our old friend Icarus can teach anything to Vlad Putin since Vlad apparently won’t listen to anyone but the voices in his head.

Icarus was one of the Wright Brothers of Greek mythology. Kindly recall he flew too close to the sun, which resulted in trouble.
Imitating Icarus, Vlad has flown too close to Ukraine. Let us begin with Icarus’s family history. Icky, as his friends called him, was the son of Daedalus. Daedalus was the ancient Greek version of Elon Musk. Daedalus was Athen’s greatest architect, designer of labyrinths and Thomas Edison style inventor. Like all mythology backstories, Daedalus’ was a humdinger.

Once upon a time, King Minos was in charge of the island of Crete. Like most islands, Crete was surrounded by water. This meant Poseidon, the King of the Seas, was a big deal there.
Poseidon sent King Minos a snow-white bull so that Minos could sacrifice the bull in honor of Poseidon. There was a lot of sacrificing back then. You might ask, why didn’t Poseidon just sacrifice the bull to himself and enjoy a barbecue? Don’t ask. It would ruin the story.

Minos liked the bull so much he could not bring himself to sacrifice it in Poseidon’s honor. Bad idea. When Poseidon didn’t smell Texas-style BBQ on Crete, he became really cranky. He laid a spell on Minos’ wife, Pasiphae, which was even more potent than Love Potion Number 9. Like the guy who kissed the cop on the corner of 34th Street and Vine, she took one look at the white bull and was smitten. She fell in love. She and the bull made whoopee. From this union, the Minotaur was born. The Queen’s bouncing bundle of joy had the body of a man and the head of a bull. Minos soon realized he was not the father.

Minos was embarrassed by his wife’s bovine dalliance. He decided he needed to hide the love child, who was running wild and eating local citizens. Minos hired Daedalus to design and build a labyrinth to hide the Minotaur from the paparazzi. Daedalus did his thing, and the Minotaur was stuck in the maze. Minos ordered seven young men and women of Athens to go into the labyrinth each year to serve as Minotaur chow. This precursor to Soylent Green irritated the Athenians to no end.

A local hero named Theseus volunteered to enter the labyrinth to try to kill the Minotaur. Minos’ daughter gave Theseus a ball of string to put on his path on the way in so he could follow the string back out. Theseus slew the Minotaur and skedaddled with Minos’ daughter; this really got Minos’ goat. Minos had to blame someone. Theseus had escaped, so Minos blamed Daedalus for a design flaw that allowed the Minotaur to be killed. Minos made Daedalus and Icky stay on Crete as prisoners at a Grecian Formula Gulag. (We will get back to Putin in a while.)

Daedalus and Icarus got pretty bored on Crete. It was time to make a getaway. Daedalus designed a set of wings for each of them made of feathers held together by wax. It was the perfect plan. Daedalus knew his son was a hothead like Sonny Corleone. He warned Icarus not to fly too high because the sun might melt the wax and not to fly too close to the ocean because the moisture from the sea might cause his wings to stop working due to humidity. This advice is reminiscent of Dean Smith’s advice to his University of North Carolina basketball players: “Don’t get too high in the good times and don’t get too low in the bad times. Remain steady.”

You can figure out what happened next. After Daedalus and Icarus started flying off Crete, Icarus began cutting the fool, zooming up and down all over the sky. Like Sonny Corleone, he ignored his father’s advice and flew too close to the sun. Melt City. The feathers fell off his wings, plunging Icky headfirst into the drink. Icarus drowned. He was last seen in Davy Jones’ locker sleeping with the fishes like Luca Brasi. What a Dumbo.

Which finally gets us back to Vlad Putin and Ukraine. Ol’ Vlad thought he could sashay into Ukraine and topple it over in four days. Not so fast, KGB-dude. Vlad’s war plan re-enacted Icarus’ flight to the sun. He did not say “May I?” before invading. Vlad flew the Russian Army too close to the sun, that is, President Zelensky, the Ukrainian Army and the Ukrainian people. The wax has melted off the wings of the Russian Army. The Russian battleship Moskva is sleeping at the bottom of the Black Sea with Poseidon, Luca Brasi and Icarus.

So, what have we learned today? Aeronautical science has come a long way from waxwings and feathers; PETA would have hated Theseus for killing the Minotaur; sunshine may be the best disinfectant but ain’t good for waxwings. And, finally, just because you can do something doesn’t mean you should do it. Don’t believe me? Ask Icarus and Vlad.