Senator reflects on service to people of Cumberland County

It has been one of my greatest honors to serve the people of Cumberland County over the last two terms in the North Carolina Senate. I thank you for putting your trust in me. I am thankful for the loving support of my wife Jenny and son Grey who have sacrificed family time so I could serve.

As I look back over the last four years at what we were able to accomplish together, I am reminded that what’s most important are deeds not words. While I can talk about historic funding levels or new laws, I’d first like to talk about the people whose lives I was able to touch and in return, touched mine. People like Angelina and Gerald who didn't have adequate housing for their families but now do; and Carrie, a veteran and mother, who reached out after facing eviction because she had lost her job during the pandemic but now lives in a better home with a new job; and Ginger and hundreds of people in our county navigating the state unemployment system to get benefits they deserved during COVID; and the healthcare business owners who were not receiving reimbursement for their services who, with our help, broke through the industry red tape and began receiving overdue payments; and the many families and seniors that we helped through the state’s slow-moving hurricane recovery program, RebuildNC.

My Senate office handled over 4,000 constituent issues and I am thankful to my staff and agencies who assisted me to do my #1 job as your senator — helping people.
When elected, I said I would always represent you in Raleigh. I vowed to put people first and politics second. It was important for me that Cumberland County was relevant at the state level — that we had a strong voice. I am proud of the relationships, both at home and in Raleigh, that allowed me the opportunity to be in the middle of hard conversations that moved our state forward.

These conversations included the reopening of our schools after the COVID pandemic began to subside. I took a hard stand, one that was against many in my party, including the governor. Through bipartisan discussions, we created a compromise the Governor and General Assembly supported which allowed schools to reopen and put children back into the classroom.

We also had conversations around justice reform which led to bipartisan bills improving policing and expansion of expungement programs; bipartisan COVID relief bills totaling over $2.5 billion in state funding; and state hurricane recovery funding of $200 million.

The state budget was another test of “people over politics” after Medicaid expansion was taken off the table as part of the discussion and negotiations had stalled with the governor and Republican leadership. I reached across the aisle and worked with Republicans and other fellow brave Democrats to find a compromise for a state budget for the first time in four years. 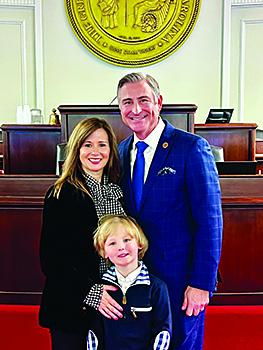 I am proud of my work in this budget to lower tuition to $500 a semester at Fayetteville State University through NC Promise which will afford more young people access to a college degree without the fear of massive student debt. 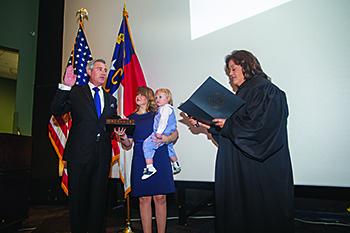 As an Army veteran, I was also proud to champion eliminating the state income tax on military pensions; an incredible way to honor our veterans and encourage them to make our state their final home.
I worked diligently to ensure Cumberland County was not left behind. I helped bring back a historic $421 million to our community that included funding for construction at FSU, Fayetteville Technical Community College and Cape Fear Valley; direct support for Cape Fear Regional Theatre, the Civil War & Reconstruction Center, and Martin Luther King Jr. Park; investments in local governments including funding homeless centers, affordable housing, and pedestrian safety with crosswalks and sidewalks as well as stormwater protection, including repair of Rhoades Pond; $2 million investment in community health centers and substance abuse programs and over $3 million in support of minority businesses.

As I leave office at the end of December, I hope you see someone that fought for you every day; someone who did what was best for the people in his community; someone who was more concerned about the people he represented than keeping his Senate seat; and someone that was at the table and worked across the aisle for solutions. Service is in my DNA. I do recognize and know that we have God’s hand on us in this journey of service so we will continue to trust Him and see where He leads.