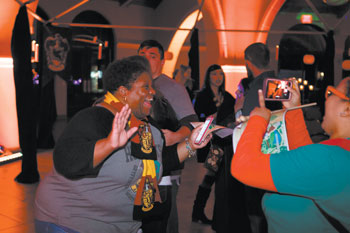 Wizards and dragons and werewolves — oh my! Fans of the wizarding world of Harry Potter run to, not from, such spine-chilling creatures. And, thanks to Cape Fear Botanical Garden’s Wizardry in the Garden event, the jaunt to Hogwarts just got a whole lot closer. Coming Oct. 18 from 6-11 p.m., this popular Harry Potter style attraction is back for its second year, thanks to a rabid-like response last year from locals that garden Director of Events and Marketing Shelia Hanrick affectionately calls, just as true followers themselves do, Potterheads or Potterfreaks.
And come they will, but in deep disguise. Present and ready for the night’s well-mannered frivolity may include the likes of Luna, Deloris Umbridge, Hermione, Ron, Hagrid, professor McGonagall, Hedwig the Owl, Harry Potter and maybe even “He Who Must Not Be Named.” But of course, they can’t say who that is. There will be robes and wands, scarves and scars, and above all, house colors to show one’s allegiance. Since “Harry Potter,” the only trend that came close to choosing a favorite house was taking up with Team Jacob or Team Edward in the “Twilight” heyday. Decisions, decisions.
Fast forward 22 years and the CFBG is celebrating the successful saga by bringing a fun-filled night and its own kind of magic to the adult-only attendees. As it turns out, the tale has something surprisingly in common with the botanical garden. According to Hanrick, the Hogwart is a flower that blooms in North Carolina and once grew at CFBG, though not currently. Hogwarts, similarly, is the alma mater of Harry, Hermione and Ron, the three musketeers of the myth, and the beloved school where the once amateur trio blossomed into skilled sorcerers and conquerors of evil, one page at a time. 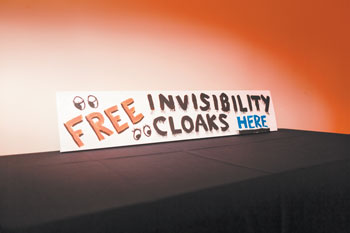 Upon entering the garden the evening of Oct. 18, festivalgoers will leave the current world behind as they revisit the Potter epic in the re-created halls of Hogwarts. With activities in nearly every corner of the garden complex and even outside in the garden with the featured Boo-anical lights of October all aglow, there are enough options to satisfy muggles and magicians alike.
Begin the evening in the Azkaban-like jailcell scene for a “Wizard Wanted” selfie photo for a personal memento. Next up is the garden’s Orangery room, transformed, abracadabra, into the Great Hall at Hogwarts, with suspended jack-o-lanterns, floating candles and other themed trimmings. Guests can participate in a rousing game of quidditch, green-screen style, in the Relyus sponsored photo booth. Photo prints are a complimentary event souvenir.
Pop in to shop at the duplicated Diagon Alley, located inside the garden’s Grand Hall room, to visit vendors of all kinds. Merchants include Quilt Boutique, BeeHive Yourself, Oh So Southern Designs, the Upcycled Candle Company and Natural Eccentrics, with wares ranging from candles and honey to pottery and jewelry.
You are sure to work up an appetite with all this action, so it’s food trucks to the rescue with Rookie’s Taco Truck, A Catered Affair and Elite Catering on-site. At dessert time, give in to temptation with LegenDairy Bakes’ famous French macaroons and treats or Gnam-Gnam Gelato’s creamy gelato. Marci’s Cakes and Bakes offers house-color cake pops, chocolate frogs and butterbeer cupcakes. 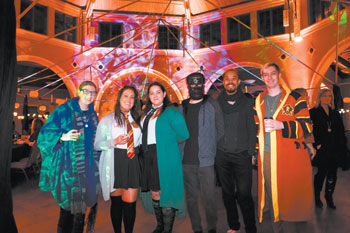 And speaking of beer, Wizardry in the Garden will have a full-scale bar available with a wide selection of alcoholic and nonalcoholic choices, including the signature drink of the night, butterbeer. Butterbeer, made with cream soda, is rich with butterscotch flavoring and can be consumed with or without a shot of something stronger.
Cozying up to the bar in costumes of all types, guests can enjoy the rocking tunes of Hawthorne and Holly, a “wizard wrock” band playing original music back in the Great Hall. According to Hanrick, the nearby terrace area will be open for dancing, “if anyone wants to cut a rug.” At some point in the night, the microphone opens to a costume contest with an audience-picked winner and one grand prize.
New this year, Xscape Factor of Fayetteville plans to set up a mobile escape room with a Shrieking Shack theme. This feature begs to ask: Can you get back from the Shrieking Shack?
Live entertainment continues with the roaming Magic by David performances and the garden’s creature feature of Herpcentric reptiles from Lumberton. Snakes, aka serpents in the wizarding world, will be available for sight and even touch, if you dare. Not to worry, the beastly basilisks from the books aren’t bred here.
Ready to win a prize? Harry Potter trivia is another of the night’s attractions, led by professional trivia talent Michael Thrash of Fayetteville. What is the name of Ron’s pet owl? What are the three deathly hallows? Only the right answer wins in this game of knowledge. The fun continues with Quidditch pong and cornhole, a Horcrux hunt and free invisibility cloaks for all.
Tickets for the official Wizardry in the Garden, Hogwarts and All, event include admission and one signature drink ticket. Tickets for ages 18-21/designated drivers are $20 in advance or $25 at the event. Tickets for ages 21 and up are $25 in advance or $30 at the door. IDs will be checked. To purchase in advance at www.eventbrite.com.