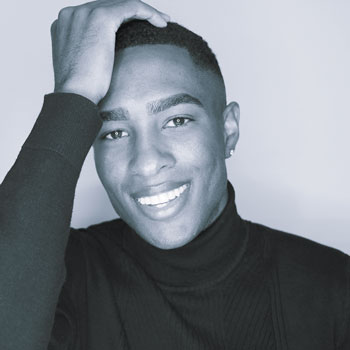 Quarantine may seem to be winding down, but the need for social distancing remains. In the past few months, the quarantine brought on by the COVID-19 pandemic has shown that personal connections are a vital part of daily living. Without them, the world seems a little bleak. In response to this need for connection with others, the Arts Council of Fayetteville/Cumberland County joined forces with artists of all disciplines to host Hay Street Live Virtual Jam Session. It is a bright spot in a trying situation and something to look forward to each week.

Using modern technology, the Arts Council is bridging the gap by hosting a series of virtual events every Friday, at 6 p.m., through live streaming on Facebook.

While the concept of time may be altered due to the quarantines, the attempt to reach some kind of normalcy is vital to mental health and maintaining relationships. Whether it seems real or not, spring has sprung, and Memorial Day is in the rearview mirror. Summer has officially begun. Aren’t we all ready for some fun? May 29, performer Kiari Mhoon will be featured on Hay Street Live Virtual Jam Session to kick off summer with some smooth R&B and pop tunes.
Although he’s young, 21-year-old Mhoon has performed for many years, starting his foray into entertainment right after he learned to walk and continuing to today. Originally from Arkansas, his family settled in Tennessee, where he attended high school and performed in school plays, the choir and madrigals, as well as small group ensembles and solo performances. During his time in the Army, Mhoon played the lead in the “ U.S. Army Soldier Show” and sang the national anthem at several events and ceremonies.
After winning a contest held by Universal Records, Mhoon took his group “Versatile” on a nightclub tour. In 2017, he released his first album, “24 Hours,” under his independent label, Mhoon Records. This was followed by a second album, “All I Want,” in 2019.

This week, Mhoon, who is influenced by artists such as Michael Jackson, Stevie Wonder, John Legend and Beyonce, will perform for the Fayetteville community, so get ready to groove. According to Mhoon, listeners can expect to hear “songs from his albums, along with songs that have inspired me in some way.”

“Kiari is an immensely talented vocalist, and he also performs in the 82nd Airborne Band,” stated Metoya Scott, public relations manager for the Arts Council. She continued, “While this may not be the same experience as seeing Kiari perform live, it will still be very entertaining” for those who attend.

In closing, Scott acknowledged how the Hay Street Live program has grown since it started. “The Arts Council is grateful (for) the amount of participation we’ve received for Hay Street Live, and we are looking forward to more performances to come,” she said.

To view Kiari Mhoon this Friday, and for performances going forward, visit www.theartscouncil.com, www.wearethearts.com, or check out Facebook @TheArtsCouncilFAY to view the upcoming virtual concerts.