Labor Day: A history worth celebrating 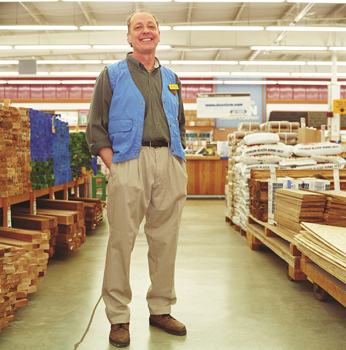 Many people look forward to Labor Day weekend because it offers one last extended break to enjoy summer weather.

Though summer does not officially end until September is nearly over, for many people Labor Day, which is celebrated annually on the first Monday in September, marks the unofficial end of summer.

But Labor Day is more than just one final chance to embrace the relaxed vibe of summer and soak up some rays.

In fact, Labor Day boasts a unique history that’s worth celebrating for a variety of reasons.

The United States Department of Labor notes that Labor Day is a celebration of American workers that dates back to the 19th century.

The day is meant to commemorate the contributions workers in the United States have made to the nation, helping to make it one of the strongest and most prosperous countries in the world.

Despite the fact that municipal legislation surrounding Labor Day was initially introduced in the 1880s, debate remains as to just who should be credited with proposing a day to honor American workers.

Some records suggest that Peter J. McGuire, who served as general secretary of the Brotherhood of Carpenters and Joiners and cofounded the American Federation of Labor, deserves the credit for Labor Day.

However, the Department of Labor notes that many people believe a machinist named Matthew Maguire (no relation to Peter) was the first to propose a holiday honoring workers in 1882.

At that time, Maguire was serving as secretary of New York’s Central Labor Union, which later adopted a Labor Day proposal and appointed a committee to plan a demonstration and picnic.

The first Labor Day was ultimately celebrated in New York City on Tuesday, September 5, 1882, in accordance with the plans made by the Central Labor Union, which strongly suggests that Maguire does, in fact, deserve the credit for coming up with the holiday.

Labor Day is worth celebrating because, without the contributions of millions of workers every year, the United States would not be the success story it is and has been for more than 200 years.

In addition to the United States, many countries across the globe, including Canada and Australia, have their own versions of Labor Day.

Labor Day weekend is often dominated by backyard barbeques and trips to the beach. With social distancing in the coronavirus era, this Labor Day weekend celebrants and workers should remember that Labor Day can be a time to reflect on the value of hard work.

Those who want to be more in touch with the meaning behind the holiday can look for additional ways to celebrate it.

Research local industry and shop local when possible. Giving your business to a locally owned store increases the investment back into your lcoal economy.

While many people are off on Labor Day, essential workers may not be. Bring lunch to a police station or firehouse, or simply thank workers you come across, such as grocery store employees, for doing their jobs.

Active military who are deployed may be missing home, especially during national holidays. Send a care package to them that they can enjoy overseas.
Purchase items made domestically to support national industry.

Bosses can reach out to employees with words of praise and encouragement. Too often employees are told what they need to improve rather than what they are doing right. A few words of gratitude can buoy spirits.

Employers can start the three-day weekend early by enabling workers to leave a few hours early on the Friday preceding the holiday weekend.