Carmike Brings The Ballet and Opera in Cinema to Town

The stage is set. You enter the theater, clutching the playbill you received upon your arrival. The theater is filled with low chatter as you settle into your seat and read the synopsis and details about the artists. The lights dim, the curtain rises and you sit, enraptured by a live performance at the world-famous Bolshoi Ballet and Opera Theatre, founded in 1776, or the London Opera House or the Teatro alla Scala — Sleeping Beauty and The Nutcracker, Mozart’s Don Giovanni and Puccini’s La Boheme, the Royal Ballet’s Romeo and Juliet. Only you’ve never left town!


Balletomanes and opera fans can enjoy this world-class ballet and opera experience several times a year at the Carmike Market Fair 15 theater located at 1916 Skibo Rd. in Fayetteville — at a fraction of the cost of airfare, hotel and tickets!


Such a cultural adventure is possible through the unique partnership of Carmike Cinemas with Emerging Pictures and Emerging Cinema, using the digital technology of Microspace to beam live opera and ballet performances by satellite from all over the world. The Ballet in Cinema and Opera in Cinema programs are in their second year at the Market Fair 15, explained Allen McWhorter, general manager of the theater.
“This year we started the second season Sept. 28,” said McWhorter. “We did the opera Faust, and we’ve done a couple of ballets, like Esmeralda with the Bolshoi Ballet in London and the Bolshoi reopening gala on Oct. 28.”


The idea behind hosting the program was a result of the corporate office’s desire to “branch out to offer people something more than just movies.” 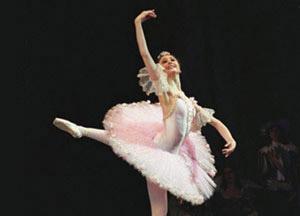 “We do a lot of sporting events,” said McWhorter. “Some NCAA championship football games and basketball games, NBA all-star games and a couple of things we’ve shown in 3D. Our company is venturing out, trying to get an extra audience other than just moviegoers.”


Because of the time differences between local time and Europe and Russia, many of the live performances take place in the morning, offering a perfect opportunity for school groups and those who enjoy a mid-day escape to take advantage of the live-theater experience. But no one needs miss out.


“For all the events that we show, we also show an encore performance, sometimes on the same day,” McWhorter said. “So we do a live version, then we show the recorded feed a few hours later on the same day and then we always do an encore performance a week out, usually at 7 p.m. on a Tuesday. All Carmike Cinemas have Stimulus Tuesdays. We offer dollar popcorn and dollar drinks all day, so we just matched the events with that day. It was the slowest day of the year, but now it’s the most popular weekday.”


Tickets for the events are priced comparably to a performance on the stage — and are a real bargain as opposed to traveling abroad to view them in person! Opera tickets are $25, with a group rate of $21 for 10 or more. The ballets are all $20, $17 for any group of 10 or more. Additionally, the theater is exploring targeted promotions to involve schools and further expand its audience, like a recent two-for-one special rate offered on advance ticket purchases for senior citizens 62 and older and dance school attendees for The Sleeping Beauty ballet presentation, which was presented on Nov. 20.


The upcoming schedule for Opera in Cinema and Ballet in Cinema at the Market Fair 15 includes performances of the classic operas Don Giovanni, La Boheme and Rigoletto and ballets Romeo and Juliet, Le Corsaire and Raymonda. Of course, no holiday season would be complete without The Nutcracker.


McWhorter and his staff work hard to enhance the overall experience for the audience, as well promote the programs to the area.


“When people come, we give them a playbill. We talk to them as they come in and try to find out how they heard about us. I definitely ask for their suggestions,” he said.


The Opera in Cinema and Ballet in Cinema websites, www.operaincinema.com and www.balletincinema.com, offer season schedule information and details about the individual presentations. Visitors to the sites may also join other opera and ballet super fans to help spread the word throughout the community about this exciting program that brings performances from some of the greatest ballet and opera houses around the world — right to Fayetteville.


For more information, contact the Market Fair 15 at 868-9791. Tickets may be purchased online at www.carmike.com, www.fandango.com or at the box office.