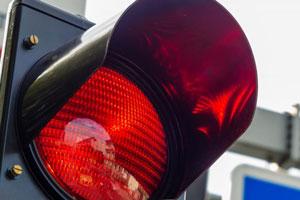 Red-light cameras in Fayetteville generate a lot of money but little else. That’s what before-and-after comparative data indicates. American Traffic Solutions is under contract with the city of Fayetteville to enforce red-light cameras at more than 20 busy intersections. Nationally, from 2011-15, an average of 719 people died each year in red-light-running crashes, according to ATS. Fayetteville installed the initial 10 red-light traffic cameras in July 2015. There have been no fatal accidents at regulated intersections in those two years.

The city studied motor vehicle crashes at those red-light enforced intersections the year before the cameras were installed and the year after. Auto accidents were not reduced during those two years. Traffic engineer Lee Jernigan said the cameras caught about 36,000 violators. At $100 each, that comes to $3.6 million if everyone paid their citations, but they didn’t. About two-thirds of the citations are paid, Jernigan said.

“There has been no positive deterrence in traffic collisions at those intersections where a red-light camera exists,” Mayor Nat Robertson said. “If we continue to see no positive movement in that data, we should consider ending our contract with the vendor,” Robertson added. “Ninety-three percent of red-light runners have not been repeat violators, which is certainly one way of measuring success,” Jernigan said.

Cumberland County Schools will lose a lot of money if the program is discontinued. “Red-light camera funding provides approximately $800,000 a year to the district’s budget,” said Associate School Superintendent Clyde Locklear. “The district would be forced to make very difficult budget decisions, which would impact the quality of educational services offered in Cumberland County, if these funds were lost,” he said.

“Red-light camera funds support maintenance and improvement projects in the district including building, electrical and HVAC projects,” Locklear said. “Eighteen thousand tickets are being issued each year,” Jernigan said. Sixtyfive dollars from each $100 citation goes to Cumberland County Schools. The remaining $35 goes to American Traffic Solutions, which earns about $630,000 annually. Red-light violation citations are civil summonses. The website Redlightrobber.com claims, “You do not have to pay any red-light camera ticket in North Carolina.” State Rep. Paul Stam, R-Wake, is lead counsel for the firm. Redlightrobber.com says the city cannot add insurance points to your driver’s license. It cannot prevent you from renewing your driver’s license. The city cannot prevent you from renewing your car registration and enforce the tickets.

City Council members would likely be more inclined not to discontinue the red-light camera program if the school board would be willing to consider Council’s suggestions for spending the money. “Some members had asked members of the school board to earmark the red-light money for public neighborhood enhancements such as sidewalks, where needed, to keep our school children safe among other things,” Mayor Robertson said. “I had thought we were on the same wavelength.”