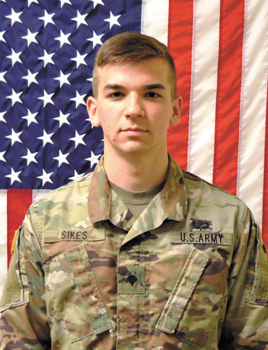 Every year, the U.S. Army hosts the Best Warrior Competition. This event tests the knowledge and skills of soldiers and noncommissioned officers from 11 Army commands. The Association of the United States Army created the Soldiers of Excellence program to recognize the accomplishments of those who did not win the highest level of the competition but are outstanding and high-performing individuals. The Soldiers of Excellence Luncheon is set for Aug. 7 at the Crown Coliseum Ballroom.

The keynote speaker for the event will be United States Sen. Thom Tillis. He is a member of the Senate Armed Services Committee and Senate Veterans Affairs Committee. Retired Gen. Carter F. Ham is the CEO and president of AUSA and will speak on the local AUSA program as well as those that exist nationwide. Retired Maj. Gen. Al Aycock will speak on the Corporate and Individual Membership Program, AUSA’s new initiative.

The AUSA Braxton Bragg Chapter will recognize Sgt. 1st Class Jorden Colby and his wife and son as Family of the Year. Colby, who has a combat tour, is a paratrooper assigned to the 82nd Airborne Division. Colby has volunteered as a Wolf Den leader for Pack 776 and volunteers at Manna Church as a children’s service assistant. His son, Trenton, volunteers at Manna as well, and plants flags and cleans a veterans cemetery with his Cub Scout den. Colby’s wife, Gena, is a classroom assistant at Bowley Elementary School and volunteers for the Parent Teacher Association. They are being recognized for their hard work and willingness to volunteer in the community. 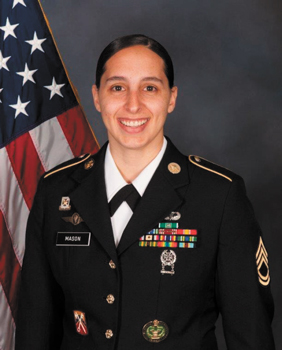 Guy distinguished himself this year when he won the 2019 82nd Airborne Division Jumpmaster of the Year competition.

Molyneaux stood out because of his volunteer work in 2017 as part of a recovery team after Hurricane Irma when he assisted the victims.

Sikes competed in the Best Civil Affairs Team competition and the Best Warrior Competitions up to the First Special Forces Command level.

Mason distinguished herself with her leadership skills as she led the financial oversight and audit aspects of the command.

“The program recognizes those who have done excellently. It’s an opportunity for the community to be involved and for the soldiers to be seen,” said Jimmie Spencer, the executive vice president of the AUSA Braxton Bragg Chapter. The diligence and leadership of the soldiers have earned their recognition at the luncheon.

Community partners that have supported AUSA for more than 40 years will also be recognized at the event. These include the city of Fayetteville, Cashwell Appliance Parts, First Citizens Bank & Trust, Bryan Honda and Eastern Turf Equipment, Inc.