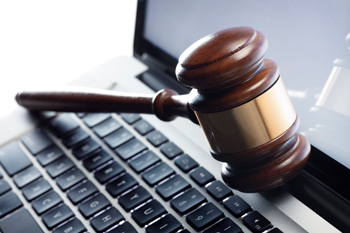 A jury sided with Clark in her case against U.S. Army Maj. Adam Clark and Lt. Col. Kimberly Rae Barrett.  Elizabeth Clark said her ex posted revealing photos of her online and spread lies about her. Related misdemeanor crimes are still pending against Adam Clark.

The new law that went into effect Dec. 1, 2016, makes it a Class H felony for anyone to post sexually explicit photos or videos of a person without their consent, with the intent to harass, extort or intimidate.

The state law also addresses punishment for minors, making this crime a Class 1 misdemeanor for anyone under the age of 18, so as not to impose harsh punishment for teens who may have made bad decisions. “We are concerned about kids who do stupid stuff and are slapped with a felony at a young age,” said Senator Gladys Robinson, D-Guilford.

The state law has been amended a couple of times since it was adopted , most recently in 2015.

Earlier this year, the Uniform Code of Military Justice was updated to modernize some of its provisions. The UCMJ is the federal law system that applies to the U.S. Military. It defines the military justice system and lists military criminal offenses. “Whether it’s in the barracks or on the internet, degradation and intimidation of our service members is a serious crime that threatens good order and discipline, and we’ve got to give our military the tools it needs to treat it that way,” said former U.S. Sen. Clare McCaskill, D-Mo.

Before the recent changes in the UCMJ went into effect, there had been a lot of high-profile debate about the current state of military justice. Much of the discussion dealt with the scandal of active duty marines sharing nude pictures of female colleagues in 2017. Military officials responded that military regulations at the time did not specify sharing nude photos of colleagues without their permission as a crime. Since the spring, all the services have updated their codes of conduct to better define punishments for the activity. Congress has been particularly concerned about revenge porn and other crimes of a sexual nature in the military.

The federal government and numerous states, as well as the military, have passed laws growing out of the emerging technology of portable devices sometimes referred to as smartphones.