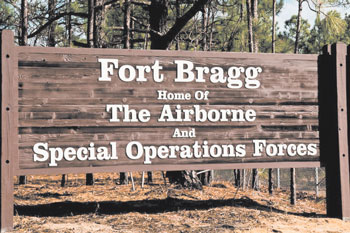 The U.S. military’s top commander has described Confederate leaders as traitors and said he is taking a “hard look” at renaming 10 Army installations that honor them, despite President Trump’s opposition. “The Confederacy was an act of treason at the time, against the Union, against the Stars and Stripes, against the U.S. Constitution and those officers turned their backs on their oath,” the Chairman of the Joint Chiefs of Staff, Gen. Mark Milley, told members of the House Armed Services Committee.

“For the young soldiers that go onto a base — a Fort Hood or Fort Bragg ... or a fort wherever named after a Confederate general — they can be reminded that that general fought for the institution of slavery that may have enslaved their ancestors,” he said.

Last month, Trump rejected calls to rename installations after Defense Secretary Mark Esper signaled a willingness to do so, saying his administration will not even consider that plan.

Milley stopped short of offering a policy prescription for how to handle the installation names, which has become a flashpoint at the Pentagon, as the nation grapples with the history of racism in the wake of George Floyd’s death by police in May. The installations, all in southern states, were named with input from influential residents during the Jim Crow era following reconstruction. The Army agreed because it needed large swaths of land to build bases during the military buildup of World War I. That decision was political, Milley told lawmakers, and renaming the installations would also be a political move.

Two of the Army’s biggest installations are named after Confederate commanders and avowed white supremacists. Fort Bragg, the headquarters of Army Airborne and Special Forces troops, bears the name of Gen. Braxton Bragg, a commander often assailed as one of the most bumbling Confederate commanders in the war. He was a native of North Carolina. Fort Benning, Georgia, the home of Army infantry and airborne training, is named after Brig. Gen. Henry Benning, who laid out the protection of slavery as the motivation for secession in a speech in 1861.

Gen. Milley served as Forces Command’s Commanding General before being named Chairman of the Joint Chiefs of Staff. Forces Command has been headquartered at Fort Bragg since 2011, when it and the Army Reserve Command moved to Fort Bragg from Fort MacPherson, Georgia, which was closed under Federal Base Realignment and Closure legislation.

FORSCOM’s subordinate units include five headquarters led by lieutenant generals — the Army Reserve Command, 1st Army, I Corps, III Corps and XVIII Airborne Corps — and nine division headquarters, led by major generals. FORSCOM prepares conventional forces to provide a sustained flow of trained and ready capabilities available to combatant commanders in defense of the nation at home and abroad. It has direct authority over all continental United States conventional units of the active Army, and oversight of much of Army Reserve and Army National Guard units.