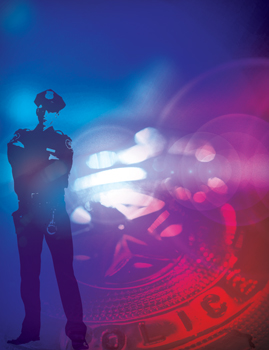 As if the COVID crisis and economic recession weren’t bad enough, here’s some more bad news to process: homicide rates are spiking in many North Carolina communities.

These developments are part of a national trend. Homicides are up 14 percent so far this year in Los Angeles, 24 percent in New York, 27 percent in Houston, 32 percent in Phoenix, and 52 percent in Chicago.

I know what you’re thinking. You’ve probably already seen or heard the argument that the antipolice protests that erupted a couple of months ago, after the highly publicized death of George Floyd, explain the recent increase in homicides — that as embattled law-enforcement officers withdraw from urban centers, violence is surging.

Advocates of police reform resist this explanation, however. They point out that homicides were going up in many places before Floyd’s death and the ensuing street protests, that “defunding the police” and other radical demands have yet to be acted on in most cases, and that, in fact, other reported crimes are often flat or declining in the very cities where homicides are rising.

The skeptics are certainly right to point out that events in May and June can’t be the cause of events in January or February. Indeed, as I noted, Charlotte’s murder rate went up more in 2019 than in 2020. These are complicated matters, to say the least. But it strains credulity to argue that adverse pressure on law enforcement isn’t a significant part of the problem.

Keep in mind that while some of the homicide spikes predate May, so do politicized attacks on police departments. Remember the Charlotte riots that followed the death of Keith Lamont Scott in 2016? He had brandished a pistol at police officers and refused repeated commands to drop the gun.

Moreover, as The Wall Street Journal recently pointed out, the divergence between homicides and other crimes could be the result of the pandemic.

“Police in many departments said robberies, burglaries and rapes are down so far this year because more people stayed home during COVID-19 lockdowns, leaving fewer prospective victims on the streets, in bars or other public places,” The Journal reported. “Homicides, on the other hand, are up because violent criminals have been emboldened by the sidelining of police, courts, schools, churches and an array of other social institutions by the reckoning with police and the pandemic, say analysts and law-enforcement officials in several cities.”

As for calls to reform the police, the specifics matter. The public largely agrees with constructive proposals to enhance training, increase transparency, and hold departments accountable in egregious cases. But slashing police budgets, discouraging people from cooperating with police investigations, and pulling officers back from high-crime neighborhoods are unpopular — and rightly so.

Context also matters, as a recent study by two Harvard University scholars discovered when they examined the effects of federally ordered investigations of police departments on subsequent rates of crime.

Generally speaking, they found that investigations of police procedures didn’t affect criminality. But in communities where there was a high-profile death at the hands of police — think Baltimore, Chicago and Ferguson, Missouri — the federally ordered investigations that came afterward were associated with large increases in homicides and other felonies in those cities. The likely mechanism, they found, was that embattled departments were pulling back from policing risky neighborhoods. “There is no free lunch,” the researchers concluded. “If the price of policing increases, officers are rational to retreat. And, retreating disproportionately costs Black lives.”