COVID-19 shutdowns swell the ranks of the uninsured 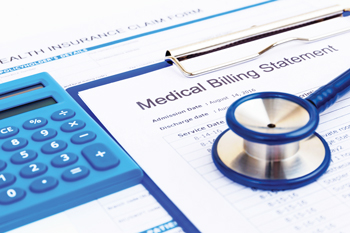 Brandon has three little girls, no job and no health insurance.

His company launched mass furloughs just weeks after North Carolina shut down its economy over the coronavirus pandemic. Brandon’s job didn’t last long, and his health insurance became a casualty.

Brandon is familiar with the risk of being uninsured. Years ago, he racked up medical bills when depression turned his life “upside down.” But he came back to get a job he loved, working as a residential project manager in Charlotte.
Now the only reason he still can see his therapist is her decision to treat him, free of charge.

“I finally started getting help, met the woman of my dreams, I turned my life around,” Brandon told Carolina Journal. He preferred to use his first name for privacy reasons. “If I didn’t have her, if I had someone who went by the book — it scares me. And it sucks, because none of this was any fault of our own. No fault. That’s the sad part.”

Brandon is one of an estimated 723,000 North Carolinians who lost their health insurance to the economic devastation unleashed by the pandemic and the lockdowns, according to the Kaiser Family Foundation. The loss has forced patients to delay or forfeit care while they wait for the economy to restart and for the pandemic to ease.

During World War II, the War Labor Board exempted health benefits from its wage freeze. After the war, unions fought for health benefits in a wave of strikes. They won a victory in 1953, when the Internal Revenue Service upheld a tax break for employer-based health insurance.

The system has its strengths, but its weaknesses become acute in a global pandemic, said Mark Hall, the director of Wake Forest University’s health law and policy program.

“You can’t live with it, can’t live without it — whatever cliché you want to use,” Hall told Carolina Journal. “On the whole, the benefits outweigh the drawbacks. But the drawbacks are significant when you have these economic downturns that cause people to lose their insurance when they need it most.”

More than 1.2 million people have filed unemployment claims in North Carolina since the outbreak began and Gov. Roy Cooper shut down the economy.

“I honestly thought I’d be back working by now,” Brandon said. “I absolutely loved my job; best job I ever had, they took care of me. … It’s a nightmare for a lot of people.”

Months after being diagnosed with cancer, Sherie Bradshaw’s husband lost his job and his health insurance during the pandemic.

The cancer diagnosis, they expected. Genetics was against them, they knew, and the same cancer had killed Frank Bradshaw’s father within 10 years of its diagnosis. Father and son each were age 58 when doctors discovered prostate cancer.

Bradshaw went in for surgery just as the pandemic neared its first peak. At his company, sales plummeted 90%, federal money ran out, and the Bradshaws found themselves uninsured and unable to afford insurance. His cancer diagnosis eliminates catastrophic coverage, and Obamacare premiums are prohibitively expensive. They make too much to qualify for Medicaid, even if the program were expanded under the Affordable Care Act.

“I’m angry, and a little nervous,” says Sherie Bradshaw, a physician assistant in Charlotte. “Are we going to have to dig into our retirement savings to pay $1,000 just to be covered? And that’s sad when you’re our age.”

In Apex, Dr. Brian Forrest says many of his patients have lost their jobs to the pandemic. Two of his uninsured patients were saving for hernia repair surgery, but he worries the pandemic has hit their finances, too.

“A hernia isn’t an emergency, but you want to get it fixed before it gets twisted, or it is life-threatening,” Forrest told Carolina Journal. “It can cut off the blood supply, and kill you in an hour … They’re just biding their time.”

Expanding Medicaid would open coverage to households who make less than 138 percent of the federal poverty level. But there’s a shortage of Medicaid providers, and the pandemic has damaged the health care system, said Joe Coletti, John Locke Foundation senior fellow.

Even if the General Assembly expanded Medicaid today, it couldn’t help these families in time, Coletti said. Oklahoma approved Medicaid expansion this July, but coverage won’t take effect until July 2021 — a year later.

“Expanding Medicaid would run into the same problems as every other legal remedy,” Coletti said. “It’s not immediate, where you pass the law and it takes effect that day. They’re still in the same spot.”

In Raleigh, Ruth Porter had health insurance for two weeks before losing her job in May. She’s trying to make ends meet with her 24-year-old autistic son sleeping on the couch. Her other son lost his job when salons and restaurants closed. She cancelled the medical visits she scheduled for May.

There are gaps in Porter’s job history. She’s worked a slew of part-time jobs, and she didn’t have health insurance for the past two years. Her request for unemployment benefits was denied. But Porter says she wants to get back into the workforce.

For now, Porter is relying on her sister and her savings, but she’s starting to use her credit card. She says she can make it until the end of September. After that, she doesn’t know.

“Just looking for a job, just applying constantly. I haven’t heard anything back from any of them,” Porter said. “I’m hoping I don’t even have to think about all that, and I’m working, and it’s not even an issue. But I have no idea, the pandemic seems like it’s getting worse, and the situation with the shutdowns.”

But if schools stay shut, Brandon doesn’t know if he could take a job. His oldest girl is 10.

“I’m ready to get back out there and work,” Brandon said. “What are we going to have to do with child care? We couldn’t afford it. … What’s the government going to do, issue another $1,200 check six months from now? It is a joke.”