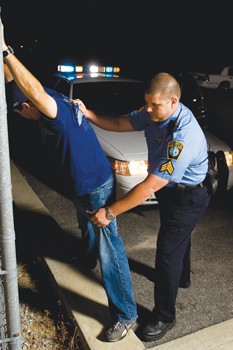 Mothers Against Drunk Driving, celebrating the 40th Anniversary of its founding on Saturday, Sept. 5, has released a new survey that measures the American public’s attitudes and knowledge about the impact of marijuana on traffic safety.

According to the survey, one in eight U.S. adults admits to having driven under the influence of marijuana. And as more states legalize marijuana use, it’s no surprise that 76% of the American public believe that incidents of driving after consuming marijuana will increase.

The alarming new findings came just ahead of Labor Day weekend, one of the most dangerous times for travel on America’s roads. Nearly 40% of all traffic deaths on Labor Day weekend in 2018 were caused by drunk driving. While traffic deaths caused by marijuana and other drugs are not yet tracked with the same consistency as alcohol, law enforcement officers have reported a steady rise in marijuana-impaired drivers, which increases the risk of more preventable tragedies.

“MADD has spent 40 years changing the culture so that drunk driving is now unacceptable in America. Over that time, we have seen drunk driving fatality rates cut in half due to our efforts, and yet we still see major spikes in traffic deaths during busy travel weekends like Labor Day,” said MADD National President Helen Witty, whose 16-year-old daughter Helen Marie was killed by a drunk and marijuana-impaired driver. “We are deeply concerned about the combination of alcohol consumption and other drugs such as marijuana increasing the risk of tragedies on our roads.”

To keep our nation’s highways safe, MADD is embarking on a broad initiative to educate all U.S. drivers of the dangers of driving under the influence of marijuana. Through program enhancements, public outreach and corporate alliances, MADD will continue its fight to eliminate drunk and drugged driving.

In February 2020*, MADD commissioned IPSOS, a global leader in market research, to conduct a nationwide study of adults 18 and older. The research was aimed at understanding the attitudes and awareness related to driving under the influence of marijuana, along with knowledge of the laws that surround it.

“With two-thirds of the states now allowing some form of legal use of marijuana, MADD is concerned that a clear lack of understanding about the risks of marijuana-impaired driving threatens the safety of our nation’s highways,” Witty said. “The survey highlights the confusion that exists and the shocking number of people who are consuming marijuana and driving.”

Additional findings include:
• 27% recall a friend or family member driving within two hours of consuming alcohol sometime during the past three months.
• 26% think that driving after recent consumption of marijuana is “not too concerning” or “not at all concerning”.
• 31% of parents and grandparents report discussing the consequences of driving under the influence of alcohol “often”. While 43% of parents and grandparents surveyed reported “never” broaching the subject of driving high with the next generation.
• There is uncertainty whether it is legal to drive impaired by marijuana: 40% view this as a serious crime, 27% say it is only a minor traffic offense, 4% think it is legal, and 27% are unsure.
• 41% are unsure or incorrectly believe that people who regularly use marijuana are generally not impaired, making it safe to drive.

“This survey is critical to directing our outreach and education programs as we look to the next 40 years of our mission and our strategies to stop these 100% preventable and violent crashes, deaths and injuries caused by driving while impaired by marijuana and other drugs,” Witty said. “MADD is grateful to State Farm© and General Motors for their support in funding this important project. We thank them for their dedication to our shared mission to stop these tragedies that destroy families and devastate our communities.”

*This survey was conducted February 14–18, 2020, before widespread impacts of the coronavirus pandemic in the U.S. It is viewed as a baseline of perceptions and attitudes.

About Mothers Against Drunk Driving
Founded in 1980 by a mother whose daughter was killed by a drunk driver, Mothers Against Drunk Driving® is the nation’s largest nonprofit working to end drunk driving, help fight drugged driving, support the victims of these violent crimes and prevent underage drinking. MADD has helped save more than 390,000 lives, reduce drunk driving deaths by more than 50% and promote designating a nondrinking driver. MADD’s Campaign to Eliminate Drunk Driving® calls for law enforcement support, ignition interlocks for all offenders and advanced vehicle technology. MADD has provided supportive services to nearly one million drunk and drugged driving victims and survivors at no charge through local victim advocates and the 24-Hour Victim Help Line 1-877-MADD-HELP (877-623-3435). Visit www.madd.org or call 1-877-ASK-MADD (877-275-6233).